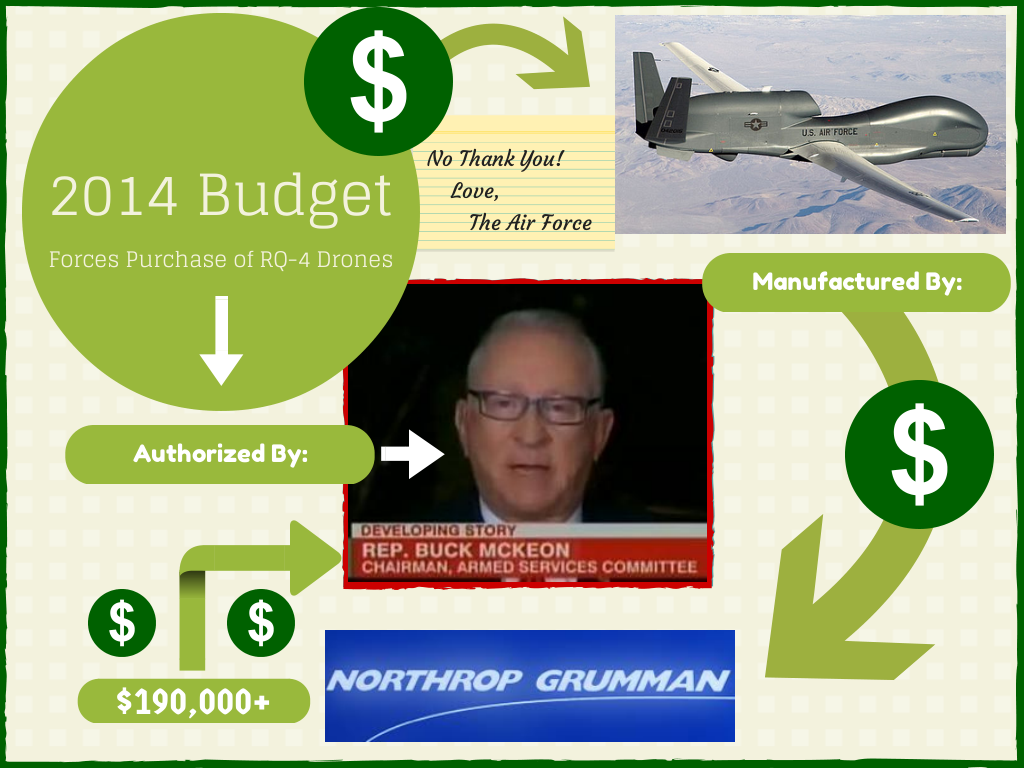 This episode is a mash-up of the State of the Union and the 2014 budget. We compare the impression President Obama gave us about what to expect for this upcoming year with the reality of what was funded in the last-minute and little-examined budget which he signed into law just two weeks before the speech.

Information Presented in this Episode

The following quotes are from the 2014 State of the Union. Let’s compare them to what was in the budget which he recently signed into law:


“Last month, thanks to the work of Democrats and Republicans, Congress finally produced a budget that undoes some of last year’s severe cuts to priorities like education. Nobody got every-thing they wanted, and we can still do more to invest in this country’s future while bringing down our deficit in a balanced way, but the budget com-promise should leave us freer to focus on creating new jobs, not creating new crises.” – President Obama

“Now, one of the biggest factors in bringing more jobs back is our commitment to American energy. The all-of- the-above energy strategy I announced a few years ago is working, and today, America is closer to energy independence than we have been in decades. One of the reasons why is natural gas. If extracted safely, it is the bridge fuel that can power our economy with less of the carbon pollution that causes climate change. Businesses plan to in-vest almost $100 billion in new factories that use natural gas. I will cut red tape to help States get those factories built and put folks to work, and this Congress can help by putting people to work building fueling stations that shift more cars and trucks from foreign oil to American natural gas.” – President Obama

“Meanwhile, my administration will keep working with the industry to sustain production and job growth while strengthening protection of our air, our water, and our communities.”

(Explanatory Statement) Prohibits more than $6 million for a joint research effort by the EPA and USGS into hydraulic fracturing that aims “to address the health, safety, and environmental risks of shale gas extraction.”

“It is not just oil and natural gas pro-duction that’s booming. We are becom-ing a global leader in solar, too. Every 4 minutes, another American home or business goes solar, every panel pounded into place by a worker whose job cannot be outsourced. Let’s con-tinue that progress with a smarter tax policy that stops giving $4 billion a year to fossil fuel industries that don’t need it so that we can invest more in fuels of the future that do.” – President Obama

“Taken together, our energy policy is creating jobs and leading to a cleaner, safer planet. Over the past 8 years, the United States has reduced our total carbon pollution more than any other nation on Earth. But we have to act with more urgency because a changing climate is already harming Western communities struggling with drought and coastal cities dealing with floods.” – President Obama

“That’s why I directed my administration to work with States, utilities, and others to set new standards on the amount of carbon pollution our power plants are allowed to dump into the air.” -President Obama

“Finally, if we are serious about economic growth, it is time to heed the call of business leaders, labor leaders, faith leaders, and law enforcement and fix our broken immigration system. Republicans and Democrats in the Sen-ate have acted. I know that Members of both parties in the House want to do the same.” – President Obama

“Citizenship means standing up for the lives that gun violence steals from us each day. I have seen the courage of parents, students, pastors, and police officers all over this country who say ‘‘we are not afraid,” and I intend to keep trying, with or without Congress, to help stop more tragedies from visiting innocent Americans in our movie theaters, in our shopping malls, or schools like Sandy Hook.” – President Obama

“With Afghan forces now in the lead for their own security, our troops have moved to a support role. Together with our allies, we will complete our mission there by the end of this year, and America’s longest war will finally be over. – President Obama

“After 2014, we will support a unified Afghanistan as it takes responsibility for its own future. If the Afghan Government signs a security agreement that we have negotiated, a small force of Americans could remain in Afghanistan with NATO allies to carry out two narrow missions: training and assisting Afghan forces, and counter-terrorism operations to pursue any remnants of al Qaeda. For while our relationship with Afghanistan will change, one thing will not: our resolve that terrorists do not launch attacks against our country.” – President Obama

“When I took office, nearly 180,000 Americans were serving in Iraq and Afghanistan. Today, all our troops are out of Iraq.” – President Obama

“From Tunisia to Burma, we are sup-porting those who are willing to do the hard work of building democracy.” – President Obama

“In Syria, we’ll support the opposition that rejects the agenda of terrorist networks.” – President Obama


“America must move off a permanent war footing. That’s why I have imposed prudent limits on the use of drones, for we will not be safer if people abroad believe we strike within their countries without regard for the consequence.” – President Obama

“And with the Afghan war ending, this needs to be the year Congress lifts the remaining restrictions on detainee transfers and we close the prison at Guantanamo Bay.” -President Obama

“As we speak, American diplomacy is supporting Israelis and Palestinians as they engage in the difficult but necessary talks to end the conflict there; to achieve dignity and an independent state for Palestinians, and lasting peace and security for the State of Israel—a Jewish State that knows America will always be at their side.” – President Obama “I first met Cory Remsburg, a proud Army Ranger, at Omaha Beach on the 65th anniversary of D-day. Along with some of his fellow Rangers, he walked me through the program. He was a strong, impressive young man with an easy manner. He was sharp as a tack. We joked around and took pictures, and I told him to stay in touch. A few months later, on his 10th deployment, Cory was nearly killed by a massive roadside bomb in Afghanistan. His comrades found him in a canal, face down, under water, shrapnel in his brain.” – President Obama

Will Work Around Congress

“What I offer tonight is a set of concrete, practical proposals to speed up growth, strengthen the middle class, and build new ladders of opportunity into the middle class. Some require congressional action, and I am eager to work with all of you; but America does not stand still, and neither will I, so wherever and whenever I can take steps without legislation to expand opportunity for more American families, that is what I am going to do.” – President Obama

“Today, the Federal minimum wage is worth about 20 percent less than it was when Ronald Reagan first stood here. TOM HARKIN and GEORGE MILLER have a bill to fix that by lifting the minimum wage to $10.10. It is easy to remember— 10, 10. This will help families. It will give businesses customers with more money to spend. It does not involve any new bureaucratic program. So join the rest of the country. Say ‘‘yes.” Give America a raise. Give them a raise.” – President Obama

“That is why tomorrow, I will direct the Treasury to create a new way for working Americans to start their own retirement savings: MyRA. It is a new savings bond that encourages folks to build a nest egg. MyRA guarantees a decent return with no risk of losing what you put in.”- President Obama

“That’s why, working with this Congress, I will reform our surveil-lance programs, because the vital work of our intelligence community depends on public confidence, here and abroad, that the privacy of ordinary people is not being violated.” -President Obama

“Over the past 5 years, my administration has made more loans to small business owners than any other, and when 98 percent of our exporters are small businesses, new trade partner-ships with Europe and the Asia-Pacific will help them create even more jobs.” – President Obama

Not Mentioned By President Obama But In The Budget

Music In This Episode