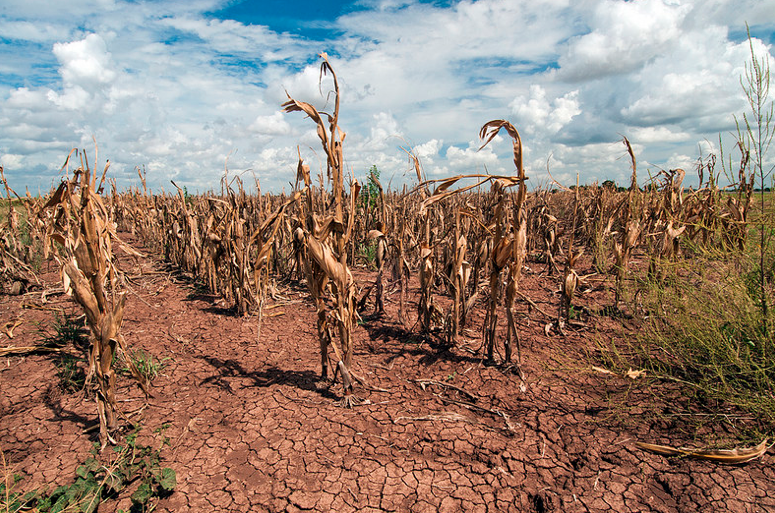 On February 7, President Obama signed the Farm Bill into law, which will govern our food policy for the next five years. In the new law are cuts to food stamps, an expansion of an extremely generous crop insurance program, bailouts for livestock producers, a big favor for chemical companies, and much more.

Music in This Episode:

Farming in the United States

We often hear that most United States farms are “family farms”, which is true; in 2011, 96 percent of U.S. crop farms were family farms, and they accounted for 87 percent of the value of crop production. The term is misleading, however, because family farms can be sole proprietorships, partnerships or corporations. Using the term ‘family farm’ implies a small farm like the one Auntie Em owned in the Wizard of Oz. In reality, family farms are often enormous and are owned by wealthy individuals; 86 percent of farms with at least 10,000 acres of cropland are family operations.

The way these large farms qualify as ‘family farms’ but actually produce the products of giant corporations is through the use of contracts. The farms themselves are owned and operated by individuals, but their crops belong to and are sold by a corporation. For example, Dole Foods leases 14,000 acres in Arizona and California from landowners who purchased the land from Dole Foods. Most of that land is now farmed by independent growers, most of which are family operations, under contract arrangements with Dole. According to the USDA, larger operations are more likely to use contracts, which can reduce the price and marketing risks faced by farmers.

Large farms now dominate crop production in the United States. From 1987-2007, consolidation lead to larger farms for every major crop except for cantaloupe and plums. Between 1950 and 1997, consolidation caused the number of farms in the U.S. to decline dramatically—from 5.4 million to 1.9 million.

A report by the USDA in 2013 concluded that this consolidation is due in part to the expansion of crop insurance in the United States. By reducing risk to farmers, crop insurance encourages farmers to invest more in labor-reducing equipment and to specialize in specific crops instead of diversifying crops and livestock as had been traditional in the past. Crop insurance also guarantees a certain amount of income to farmers which allows the large farms with only one crop to survive even if their product is devastated by drought, fire, or other national disaster. This guaranteed financial return has allowed larger farms to gobble up smaller farms, leading to the rapid consolidation of the last 60 years.

Wealthy farmers’ ability to buy vast amounts of land and huge equipment has increased production so much that now very few people are needed to do the actual work. In 1945, it took 14 labor hours to produce 100 bushels of corn on 2 acres of land; in 2002, it took just 3 labor hours to produce the same amount of corn on less than half the amount of land. That increased productivity resulted from bigger, more powerful machines, commercial fertilizers, genetically modified seeds, and other technologies. 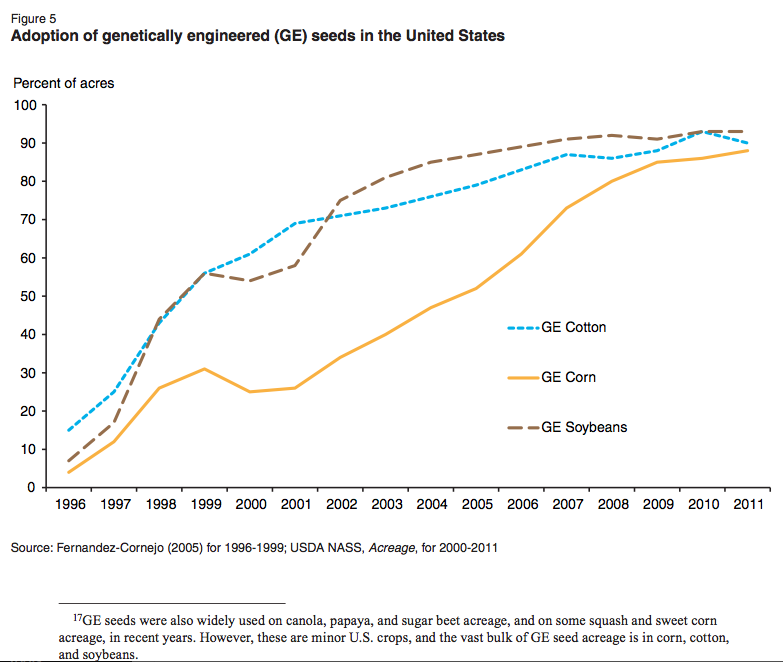 As a consequence of the substitution of equipment and chemicals for human labor, fewer than 2 percent of Americans farm for a living today.

The Farm Bill was signed into law on Friday, February 7, 2014. It will govern food policy in the United States for the next five years.

Direct payments – tax money given to food manufacturers for each acre they owned, regardless of production – were eliminated (Section 1101).

The insurance program is managed by private insurance companies for a profit but claims will be paid with taxpayer money.

“But we are also telling private crop insurance companies, we are going to guarantee you a 14  percent profit margin. We are going to pay your entire administrative and operating expenses. And, by the way, you are going to bear very little risk in offering these policies. The American taxpayer will still bear that risk.”
– Rep. Ron Kind (WI), Congressional Record for January 29, 2014

We will also pay the food manufacturers’ premiums.

Multiple insurance options – price loss coverage and agriculture risk coverage- are available only to food manufacturers with over 10 acres (Sections 1115-1117). 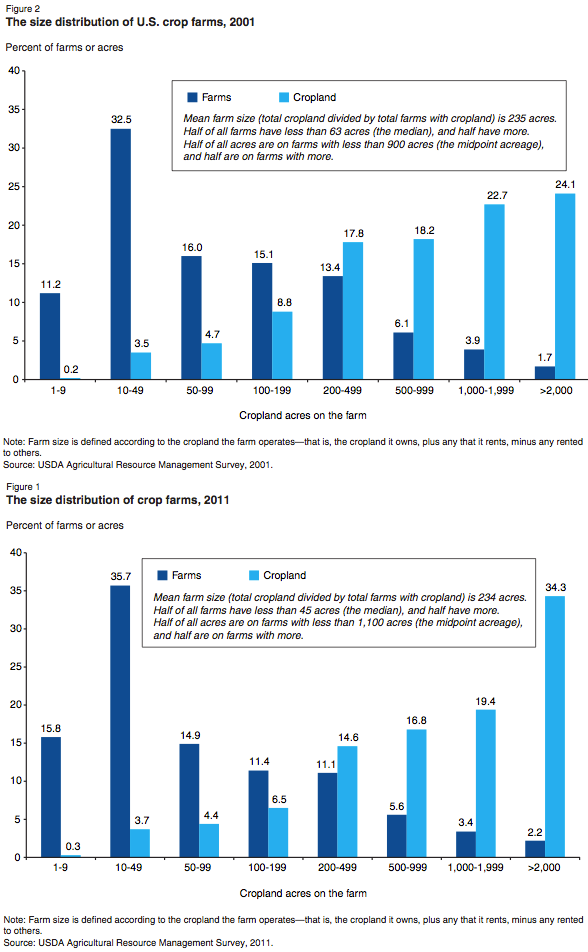 The Numbers Are Rigged

Unlimited tax money will be used to pay individuals and corporations for livestock losses caused by attacks by wolves and other Federally protected predator species, disease, and natural disasters such as drought, flood, blizzards, wildfires, and other climate-related disasters (Section 1501).

We will pay for research into improving the “digestibility, nutritional value, and efficiency of the use of corn, soybean meal, cereal grains, and grain byproducts for the poultry and food animal production industries” (Section 7209).

When publishing a final rule for “Standards for the Growing, Harvesting, Packing, and Holding of Produce for Human Consumption”, the Secretary of Health and Human Services must evaluate the economic impact on industry and develop a plan to respond to business concerns (Section 12311).

Plants that secrete poison – “plant-incorporated protectants” – can be imported into the United States without the knowledge of the government as long as that poison is registered in the United States or has received an experimental use permit (Section 10008).

Country of origin labeling was not prevented by this law; the law orders a study on the economic impact of the new regulations (Section 12104).

Certified organic farm will have to keep records for five years detailing the substances they use in their fields, the name and address of the person who applied it, and the date, rate, and method of application for each substance (Section 10005).

The EPA will be forced to exclude fluoride from studies assessing tolerances to pesticides (Section 10015).

We will pay $25 million to “address the critical needs to the pulse crop industry” with an information campaign designed to get us to buy more dry beans, dry peas, lentils, and chickpeas (Section 7209).

We will pay $20 million per year to promote and expand production of maple syrup (Section 12306).

Overall, the law will consolidate 23 conservation programs into 13 programs and cut $6 billion from conservation over the next ten years.

Food manufacturers will have to comply with conservation rules in order to get taxpayers to  pay their insurance premiums (Section 2611).

Peanut producers are able to get loans from the Federal government by putting up physical peanuts for collateral. When they repay the loan, they are supposed to pay us back for the storage and handling; however, if the loan can not be re-paid, the taxpayer is on the hook for the storage, handling, and will be the proud owner of a warehouse(s) full of peanuts (Section 1201).

Universities and States may grow hemp as part of a pilot program to research the growth, cultivation, or marketing of industrial hemp (Section 7606).

It will now be illegal to attend an animal fight; doing so will be punishable by a fine and/or up to one year in prison.

A provision in previous versions would have required members of Congress, their immediate families, and the President’s Cabinet to report any payouts they receive from crop insurance; it was deleted from the bill.