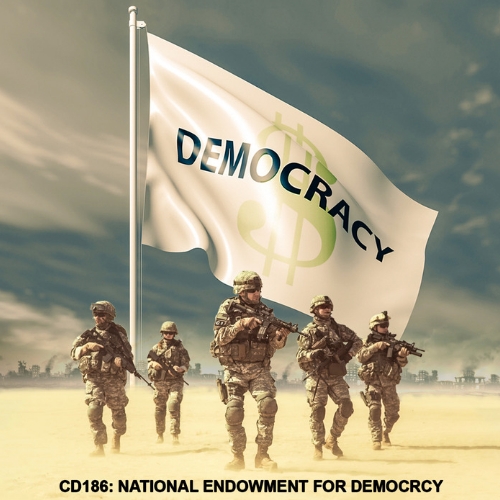 The National Endowment for Democracy is a private foundation – that receives millions of our tax dollars – that pays groups to work to change the governments of other countries. In this episode, hear highlights from a hearing during which the president of this creepy organization and the presidents of two organizations that it funds – which are controlled entirely by members of the Republican and Democratic parties – will give you some insight into what kind of work they are doing manipulating information and interfering in elections in other countries around the world.