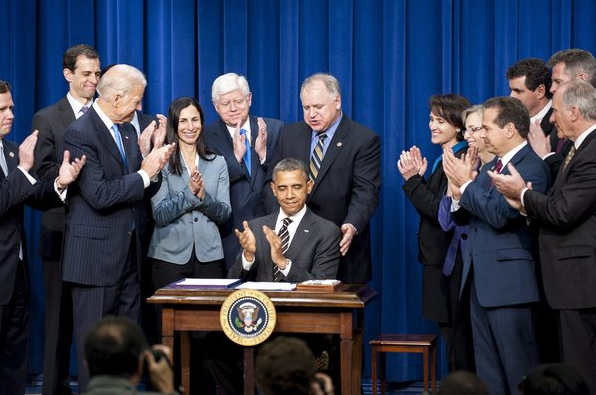 On Friday, April 12, after most members of the House of Representatives had reasonably assumed the day was done, Eric Cantor presented and passed – without a vote- a Senate bill eliminating key provisions of the STOCK Act. The President immediately signed it into law.

*Get all the details on this bill in podcast episode CD024: Let’s Gut the STOCK Act

On April 4, 2012, a signing ceremony was held in honor of the STOCK Act, an already weak bill designed to prevent insider trading and to create more transparency into the financials of government representatives, officials, and employees.

The exact opposite happened last week when they eliminated some key provisions of their much publicized self-policing act. On Thursday, April 11th, Senator Harry Reid introduced and passed S. 716 with no debate and no recorded vote. The next day, after all scheduled business had already been finished, Rep. Eric Cantor introduced and passed the same bill, also with no debate and no recorded vote. President Obama signed this hastily-passed and under-examined bill into law on Monday, April 15th.

This is lighting speed for a bill to become a law.

It turns out that reporting requirements included in the STOCK Act would have gone into effect on Monday, April 15th unless there was a change to the law. Here are the changes that were made under such suspicious circumstances:

(a): Who needs to file financial information

(b) Online availability of financial information

White House statement regarding the signing of S. 716 into law.