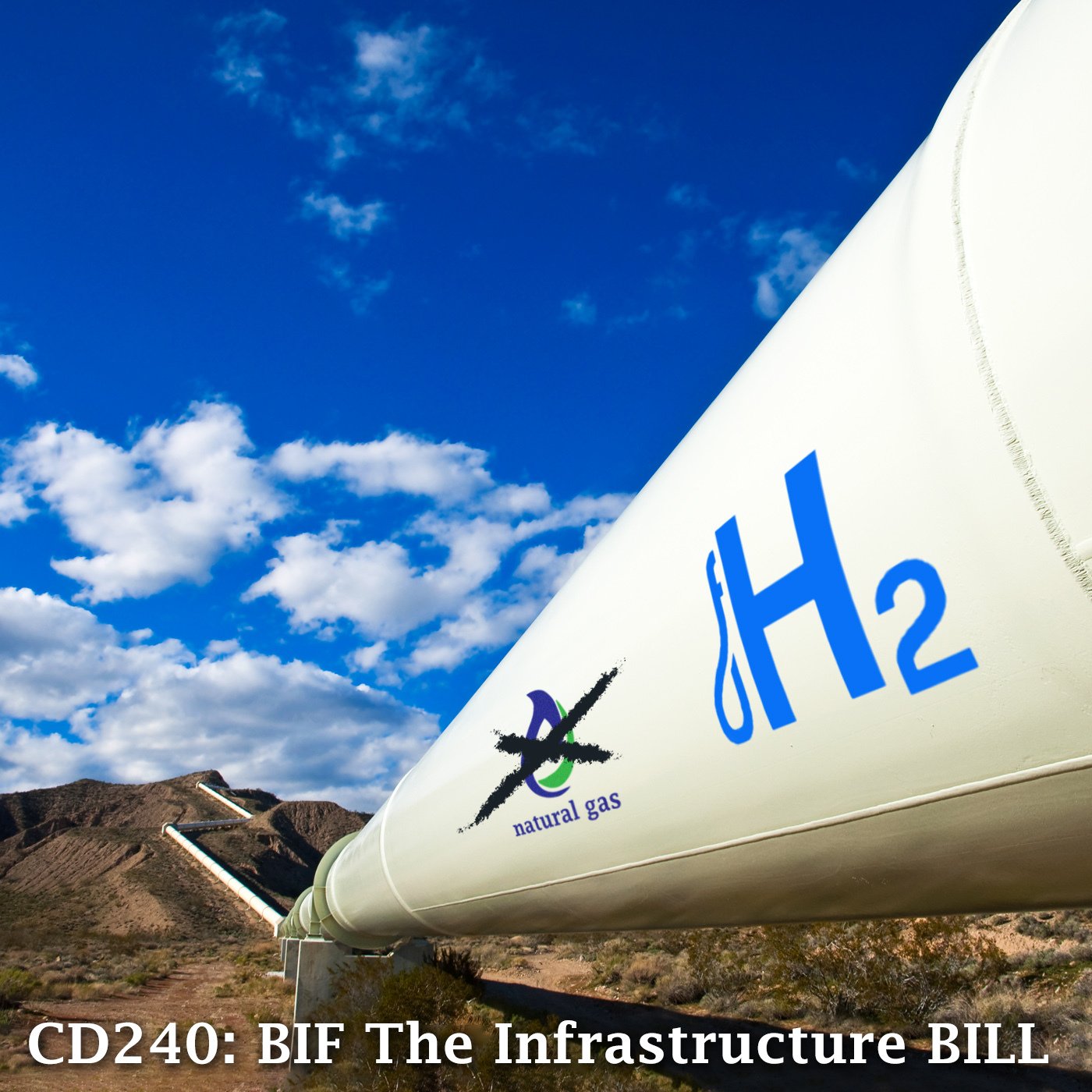 Jen has been all over the internet lately telling the world that the Bipartisan Infrastructure Framework is a dumpster fire of a bill. In this episode, she backs that up by comparing the levels of investment for different kinds of infrastructure and examining the society changing effects the bill would have if it were to become law.

CD218: Minerals Are the New Oil

Michael Gold. October 1, 2021. “Congestion Pricing Is Coming to New York. Everyone Has an Opinion.” The New York Times.

Hiroko Tabuchi. August 16, 2021. “For Many, Hydrogen Is the Fuel of the Future. New Research Raises Doubts.” The New York Times.

Nation Renewable Energy Laboratory (NREL). May 19, 2021. “What We Know—and Do Not Know—About Achieving a National-Scale 100% Renewable Electric Grid .”

Kendra Pierre-Louis. August 25, 2017. “Almost every country in the world can power itself with renewable energy.” Popular Science.

United States Department of Energy. February 2002. A National Vision of America’s Transition to a Hydrogen Economy — to 2030 and Beyond.

Subtitle A – Authorizations and Programs

TITLE I – MULTIMODAL AND FREIGHT TRANSPORTATION

Subtitle A – Authorization of Appropriations

Sec. 22306: Interstate Rail Compacts Authorizes up to 10 grants per year valued at a maximum of $1 million each to plan and promote new Amtrak routes

Sec. 22425: Requirements for Railroad Freight Cars Placed into Service in the United States

TITLE I – GRID INFRASTRUCTURE AND RESILIENCY

Sec. 40101: Preventing Outages and Enhancing The Resilience of the Electric Grid

Subtitle B – Hydrogen Research and Development

TITLE X – AUTHORIZATION OF APPROPRIATIONS FOR ENERGY ACT OF 2020

DIVISION I – OTHER MATTERS