CD239: The Enablers of Larry Nassar 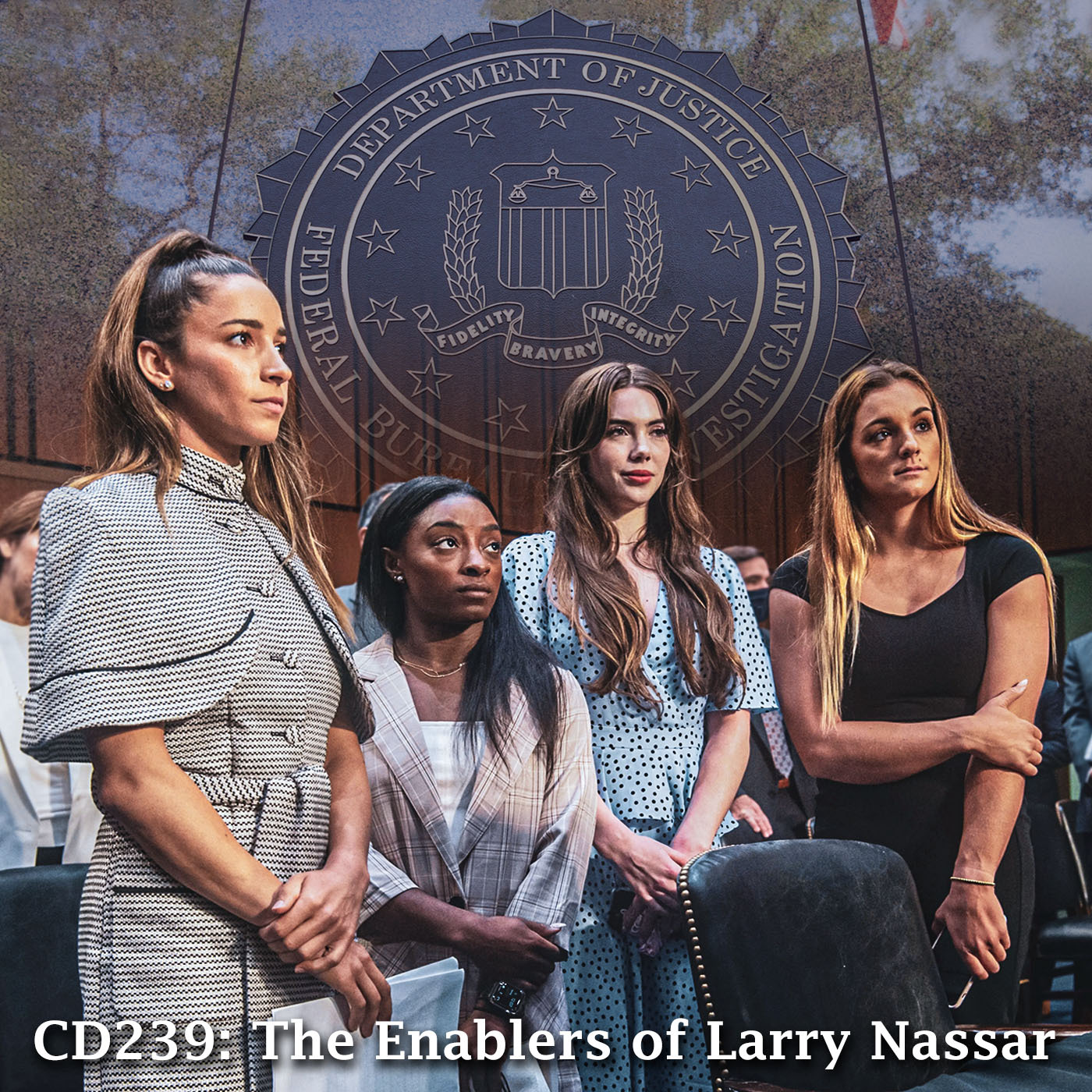 CD239: The Enablers of Larry Nassar

In June 2015, the FBI in Indianapolis was notified that Larry Nassar, a doctor for Olympic caliber gymnasts, was sexually abusing his underage patients. In this episode, hear highlights from a riveting Senate hearing with testimony from Maggie Nichols, McKayla Maroney, Aly Raisman, and Simone Biles and get all the details presented in an Inspector General report explaining why the FBI did nothing to stop Larry Nassar for over a year while he continued to abuse dozens of additional young girls.

Kara Berg. September 8, 2021. “How much Michigan State has paid in wake of Larry Nassar scandal.” The Lansing State Journal.

Dereliction of Duty: Examining the Inspector General’s Report on the FBI’s Handling of the Larry Nassar Investigation