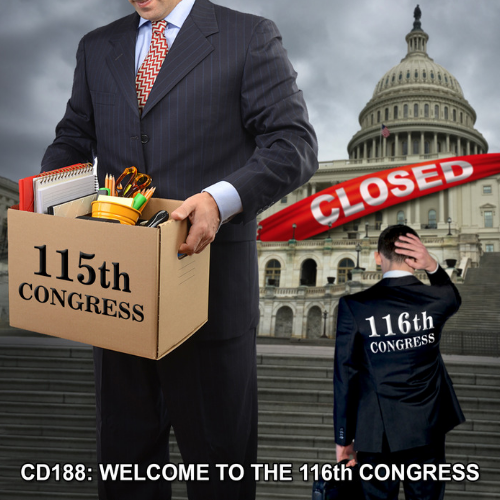 We’ve transitioned! The 115th Congress is finally over and the 116th has begun. In this episode, get the details on the last acts of the 115th Congress, including the play by play of the shutdown drama, and learn about the new rules written by Democrats that will govern the 116th House of Representatives.

Video: Call Your Representative and Tell Them to Vote Against PAYGO NOW! The Majority Report with Sam Seder, YouTube, January 8, 2019.

Rep. Ro Khanna: “People hear the word PAYGO, they tune out. They think it’s some inside baseball technical jargon related to Congress. Let me tell you: It is a very important issue. It would be unilateral disarmament for House Democrats to adopt PAYGO. The Republicans never did. They passed massive tax cuts for the 1% and they didn’t have any spending cuts to pay for those tax cuts. They never do.”

Rep. Ro Khanna: “Paygo would be a terrible policy”