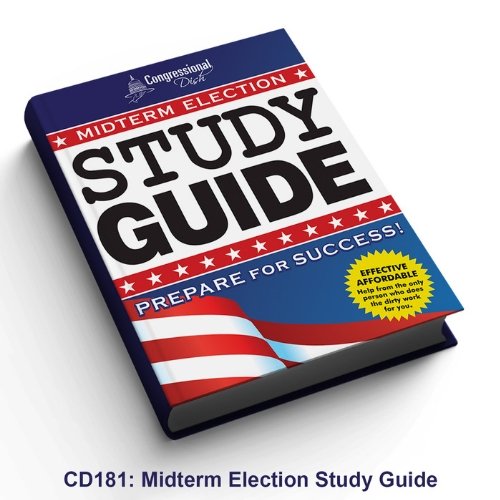 Our duty as voters is to judge the job performance of our members of Congress and decide whether or not they deserve to be re-hired or fired from their positions as lawmakers. In this episode, Jen summarizes 20 controversial bills and laws that passed during the 115th Congress which you can use to judge whether your Representative and two Senators have voted in your best interest. Links to all of the votes are listed in this episode’s show notes on www.congressionaldish.com

Most significant change: Kills a Dodd-Frank requirement that banks with more than $50 billion in assets undergo stress tests to ensure their stabilityr. Bank Lobbyist Act changed that so stress tests will only be required for banks with over $250 billion. This exempts 25 of the 38 largest US banks from important regulations.

There were quite a few versions of bills that would have ripped up the rules placed on insurance companies by the Affordable Care Act, but every version – including this one – eliminated the requirements that health insurance cover “essential health benefits”, which include:

Passed the House of Representatives 217-213

The “Skinny Repeal” is a wildly irresponsible 8 page bill, which was only available to read for a few hours before the vote, which also would have allowed the sale of health insurance that doesn’t cover the essential health benefits.

This vote was the famous, dramatic moment when John McCain turned his thumb down and killed the bill.

Get the full story in CD157: Failure to Repeal

S.J.Res. 34: A joint resolution providing for congressional disapproval under chapter 8 of title 5, United States Code, of the rule submitted by the Federal Communications Commission relating to “Protecting the Privacy of Customers of Broadband and Other Telecommunications Services.” introduced March 7, 2017, enacted April 3, 2017.

Regulation overturned: Killed a regulation that applied the privacy requirements of the Communications Act of 1934 to internet access and telecommunications providers. Required them to:

Allows Congress to bundle rules that they want to prevent into one bill so there is a single vote on a joint resolution of disapproval. This means that each one will not be carefully considered as is required now.

Passed the House of Representatives 238-184

H.J.Res. 38: Disapproving the rule submitted by the Department of the Interior known as the Stream Protection Rule, introduced January 30, 2017, enacted February 16, 2017.

Regulation overturned: Killed the “Stream Protection Rule”, which required permits to specify when coal mining would reach a damaging level for ground and surface water quality. Stricter water quality monitoring requirements in streams. Required land disturbed by mining be restored to a condition similar to what it was before the mining.

H.J.Res. 41: Providing for congressional disapproval under chapter 8 of title 5, United States Code, of a rule submitted by the Securities and Exchange Commission relating to “Disclosure of Payments by Resource Extraction Issuers.” introduced January 30, 2017, enacted February 14, 2017.

Regulation overturned: Kills a regulation requiring fossil fuel companies to annually report any payments made by the company or a subsidiary to a foreign government or the Federal Government for the commercial development of oil, natural gas, or minerals.

H.J.Res. 44: Disapproving the rule submitted by the Department of the Interior relating to Bureau of Land Management regulations that establish the procedures used to prepare, revise, or amend land use plans pursuant to the Federal Land Policy and Management Act of 1976, introduced January 30, 2017, enacted March 27, 2017.

Regulation overturned: Kills a regulation that enhanced opportunities for public involvement during the preparation of resource management plans by increasing public access to plans in earlier stages of the process, allowing the public to submit data and other information.

H.J.Res. 40: Providing for congressional disapproval under chapter 8 of title 5, United States Code, of the rule submitted by the Social Security Administration relating to Implementation of the NICS Improvement Amendments Act of 2007, introduced January 30, 2017, enacted February 28, 2017.

Regulation overturned: Kills a regulation that required Federal agencies to give the Attorney General information on more people for inclusion in the National Instant Criminal Background Check System (NICS). People who would be added include people collecting disability benefits due to mental instability.

H.J.Res. 83: Disapproving the rule submitted by the Department of Labor relating to Clarification of Employer’s Continuing Obligation to Make and Maintain an Accurate Record of Each Recordable Injury and Illness, introduced February 21, 2017, enacted April 3, 2017.

Regulation overturned: Kills a regulation that made clear that the requirement to record work-related injuries and illnesses is an ongoing obligation; the duty does not expire if the employer fails to create records in the first place. The records must be complete for as long as records are required, which is 5 years and citations can be issued for up to 6 months after that.

H.J.Res. 37: Disapproving the rule submitted by the Department of Defense, the General Services Administration, and the National Aeronautics and Space Administration relating to the Federal Acquisition Regulation, introduced January 30, 2017, enacted March 27, 2017.

Regulation overturned: Kills a regulation that required contractors for the Defense Department, General Services Administration, and NASA to report their compliance with 14 federal labor laws, required contractors to provide documentation on “hours worked, overtime hours, pay, and additions to or deductions from pay” in each pay period, and limited mandatory arbitration of employee claims for contracts and subcontracts worth more than $1 million.

Regulation Overturned: Killed a regulation that prohibited banks and other financial institutions from forcing arbitration in their contracts to prevent customers from filing and participating in class action lawsuits.

S.J.Res. 57: A joint resolution providing for congressional disapproval under chapter 8 of title 5, United States Code, of the rule submitted by Bureau of Consumer financial Protection relating to “Indirect Auto Lending and Compliance with the Equal Credit Opportunity Act” introduced March 22, 2018, enacted May 21, 2018.

CFPB regulation overturned: Killed a regulation that included auto dealers in the definition of “creditor” for the purpose of prohibiting them from discriminating in any way in a credit transaction on the basis of race, color, religion, national origin, sex, marital status, age, or welfare assistance.

Allows people diagnosed with a life-threatening diseases or conditions who have exhausted approved treatment options and can’t participate in a clinical trial on an experimental drug that has not been FDA approved to get that drug directly from the drug company, with a doctor’s approval.

Allows drug companies to sell their unapproved drugs directly to customers as long as the drugs have to have been through a completed Phase 1 of a clinical trial.

This law says the Secretary of HHS can’t use the clinical outcomes of the patient’s use of the drug to delay or adversely affect the review or approval of the drug, unless he/she certifies it’s for safety reasons or the drug company requests that data be used.

Gives legal immunity to the drug companies, prescribers, dispensers or an “other individual entity” unless there is willful misconduct, gross negligence, to the intentional breaking of a state law.

Passed the Senate by unanimous consent (no recorded vote)

Changes the calorie disclosure requirements from telling us the number of calories in the standard menu item as usually prepared to allowing them to tell us the calories per serving, with them determining what a serving is.

Allows restaurants to choose whether they will display calories by entire combo meals, by individual items in combos, by servings in items in combos. Let’s them use ranges, averages, or “other methods” as determined by the Secretary of Health and Human Services (making it a decision of political appointee)

Restaurants will not be required to get any signed certifications of compliance.

Restaurants can not be held liable in civil courts for violating nutrition disclosure laws.

Says the EPA must give coal companies the choice of if their steam generators will comply with emissions standards for hydrogen chloride or sulfur dioxide. The EPA is not allowed to require compliance with both

Forces the continuance of the process of moving all the nuclear waste in the United States to Yucca Mountain in Nevada.

Grants the entire US government immunity for damages caused in the course of “any mining, mineral leasing, or geothermal leasing activity” conducted on the land reserved for nuclear waste disposal.

The Secretary of Energy does NOT need to consider alternative actions or no-action alternatives to infrastructure projects needed for Yucca mountain as far as environmental analysis are concerned.

Passed the House of Representatives 340-72

This bill would also prevent any government payment assistance on the health insurance exchanges for plans that cover abortion – which effectively would stop health insurance companies from offering abortion coverage in their plans since that would make them ineligible for many of us to purchase.

Passed the House of Representatives 238-183