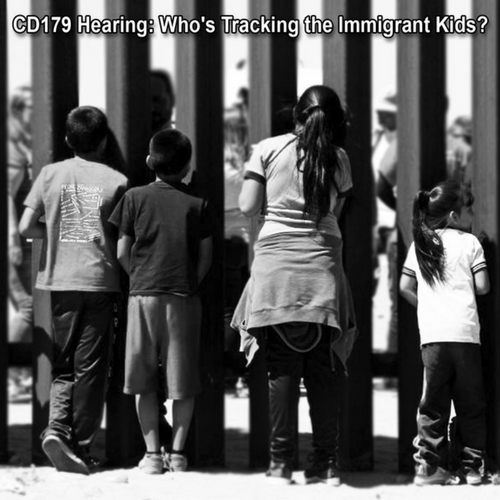 In an experimental follow-up episode, listen along with Jen and Joe to the highlights of a Senate hearing examining the progress that has been made towards caring for the immigrant children who have been either taken from their immigrant parents or who arrived in the U.S. alone.

Attorney General Jeff Sessions Today we are here to send a message to the world: we are not going to let this country be overwhelmed. People are not going to caravan or otherwise stampede our border. We need legality and integrity in the system. That’s why the Department of Homeland Security is now referring 100 percent of illegal Southwest Border crossings to the Department of Justice for prosecution. And the Department of Justice will take up those cases. I have put in place a “zero tolerance” policy for illegal entry on our Southwest border. If you cross this border unlawfully, then we will prosecute you. It’s that simple.