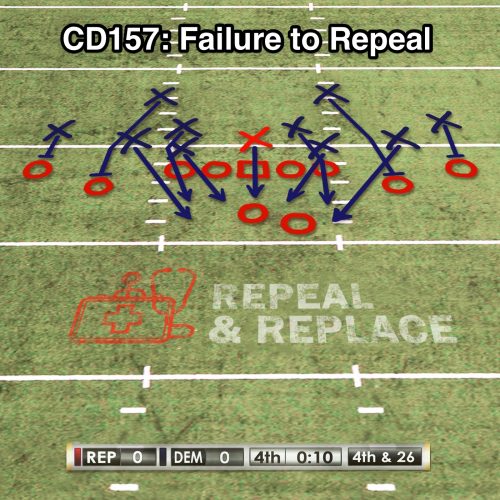 Process: It matters. During the first seven months of the 115th Congress, the Republicans tried – in multiple ways – to repeal portions of the Affordable Care Act. We already know what they were trying to do; in this episode, hear the full story of how they tried to get their bills passed into law. Later in the episode, we also do a quick summary of what to expect in September as deadlines related to flood insurance, government funding, marijuana, and many other topics loom.