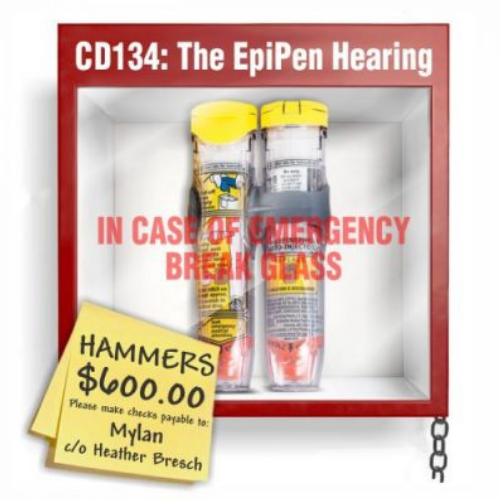 Epinephrine injectors are life saving devices for people with food allergies and one company – Mylan Inc. – produces almost all of them. In this episode, listen to the highlights from a House Oversight and Government Reform Committee grilling of Mylan CEO Heather Bresch, and judge her justification for raising the EpiPen’s price over 600% since EpiPen’s competition was eliminated.

(In order of appearance in episode)