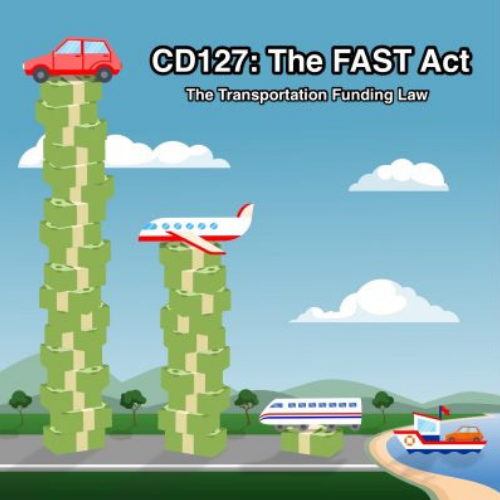 Transportation: We all need it, and Congress funded it. In this episode, we take a detailed look into the FAST Act, which funds our national transportation network for the next five years.

Transportation of flammable liquids by rail