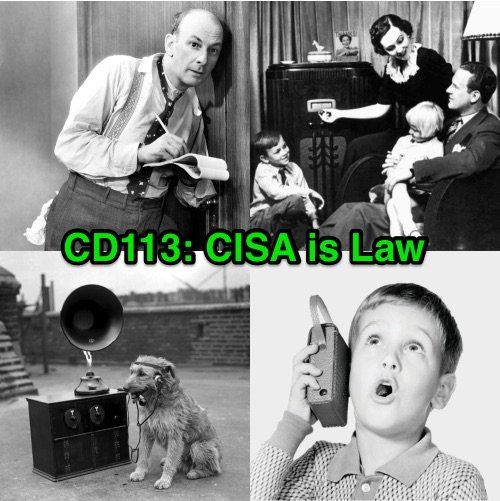 Cybersecurity or surveillance? What does the language attached at the last minute to the 2,009 page omnibus government funding bill actually authorize? In this episode, we take a close look at what just became law.

The Cybersecurity Act of 2015 was attached at the last minute to the “omnibus” government funding bill, which was 2,009 pages long and available to read for less than three days before it became law. This is an outline of what became law:

Section 103: Sharing of Information by the Federal Government

Use of Cyber Threat Indicators by Government

Section 105: Sharing of Cyber Threat Indicators and Defensive Measures with the Federal Government”

NEW Section 110: Exception to Limitation on Authority of Secretary of Defense to Disseminate Certain Information