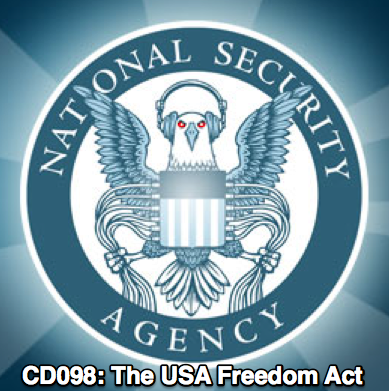 It’s law! The USA Freedom Act, which reauthorizes and privatizes portions of the Patriot Act, is being called a victory for privacy… but it’s not. In this episode, find out all the details of the bill that was signed into law just hours after this episode was recorded, including how it continues bulk data collection and lets the most powerful men in the United States get away with breaking the law.

National Security Letter (NSL): Letters served by the FBI to telecoms that allow the FBI to secretly demand data. There is a gag order on anyone who receives these letters, guaranteeing that the public is not told and that there is no judicial review.