CD097: Nothing Horrible in March 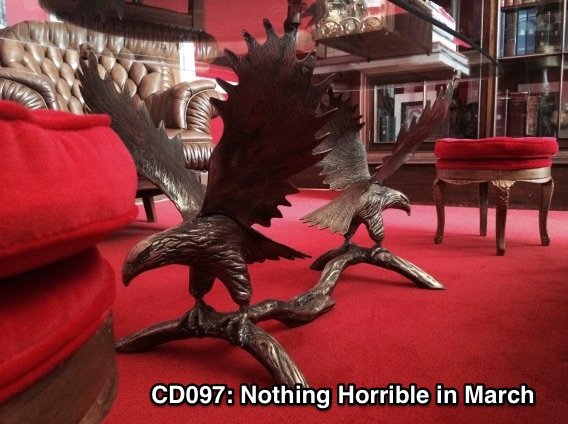 CD097: Nothing Horrible in March

A resignation, renewed “national emergencies”, help for a (very) few veterans, screwing over of VA employees and Native Americans, favors for drug companies, changes to Amtrak, a veto threat and more are highlighted from a relatively calm March in Congress. In the second half of this episode, Jen discusses her plan to keep producing Congressional Dish full time, extends an invitation to hang out, reads some of your letters, and answers your questions.

Representative Aaron Schock of Illinois’s 18th district resigned on March 17th, 2015 after it was discovered that he overcharged taxpayers and his campaign for miles driven on his personal car.

H.R. 280: Authorizes the government to take back Department of Veterans Affairs employees’ bonuses

H.R. 647 Access to Life-Saving Trauma Care for All Americans Act