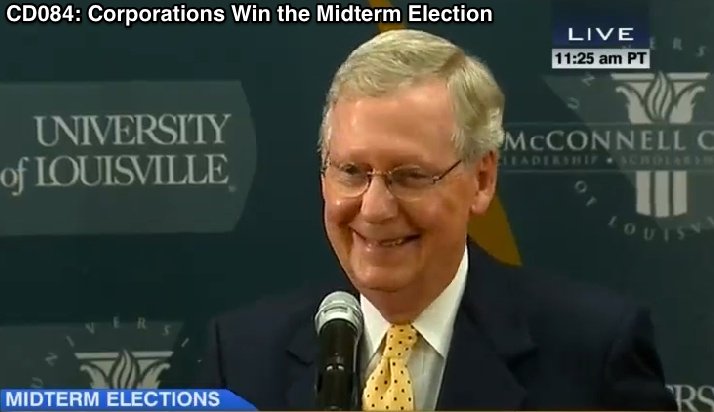 In this episode, the Republicans won control of both the House of Representatives and the Senate. A press conference by soon-to-be Senate Majority Leader Mitch McConnell gives us an idea of what they intend to do with their new power.

Information Presented in this Episode

Video: Mitch McConnell’s press conference on November 5, 2014, the day after the midterm election.