In this episode, we look at a bill that furthers the “new normal” in Africa, a bill that sanctions Venezuela, a banking bill, a charter school bill, some silly bills that won’t become law, and a few Presidential declarations.

H. Doc. 113-107: Withdrew Russia as a beneficiary country under the Generalized System of Preferences program

Bills That Passed the House

Became Law on August 8th without any recorded votes.

This was the bill that privatized water projects that was the subject of episode CD050: Privatize Water Projects. 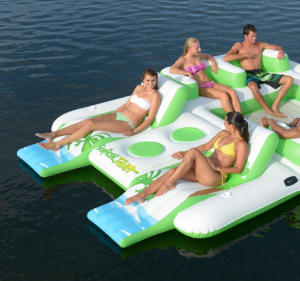 Introduced by Rep. Ed Royce, who represents the hot and dusty parts of Orange County, California.

S. 2508, an almost identical bill, was introduced in the Senate in June by a Democrat. The White House has not issued a veto threat.

After the former President of Venezuela, Hugo Chavez, died in 2013, his hand-picked Vice President, Nicholas Maduro, became President. President Maduro continued the policies of Hugo Chavez which are not liked by the multi-national corporations. For example, he recently cracked down on electronics and car dealers for price gauging, making good on an announcement from late last year during which he said he wants limits on business’ profit margins. President Nicholas Maduro is not a free-market kind of leader.

Since February, there have been protests in the wealthier areas of Venezuela. This is where things get murky. The protests were started by students who were apparently protesting the high crime rate, inflation, and inability to get certain products. People against President Maduro quickly joined.

President Maduro has accused the United States of stirring up the protests to attempt what he called a “slow-motion” coup, like the recent successful coup in Ukraine. It’s worth remembering that the U.S. was proven to have attempted a coup in Venezuela as recently as 2002.

Either way, President Maduro’s government has responded with arrests of protestors and expelled three U.S. diplomats from Venezuela whom President Maduro said were responsible recruiting students to lead the protests.

There is currently a hold on the Venezuelan sanctions in the Senate because Senator Mary Landrieu – who has taken at least $1.4 million from the oil & gas industry – put a hold on the bill after Citgo – the wholly owned U.S. subsidiary of Venezuela’s national oil company – raised concerns that the sanctions would make it harder for the company to import their Venezuelan oil.

A public school that is exempt from State and local rules about the management of public schools. The schools can not be religious or charge tuition.

The vast majority of both Democrats and Republicans voted for it.

This bill was authored by Rep. John Kline of Minnesota. He’s Chairman of the Education Committee and his #1 campaign contributor for this upcoming election is Apollo Education Group, a multi-billion dollar corporation that makes its money in for-profit education.

This bill was sponsored by Rep. Steve Stivers of Ohio. His top two contributing industries are Insurance and Commercial Banks.

Only nineteen representatives voted against this bill and it now moves into the Senate.

Will I get ten years in prison for posting this image?

Passed without a recorded vote.

The bill was written by Rep. Kevin Brady of Texas.

The President said he would veto the bill because the tax credits are not paid for.