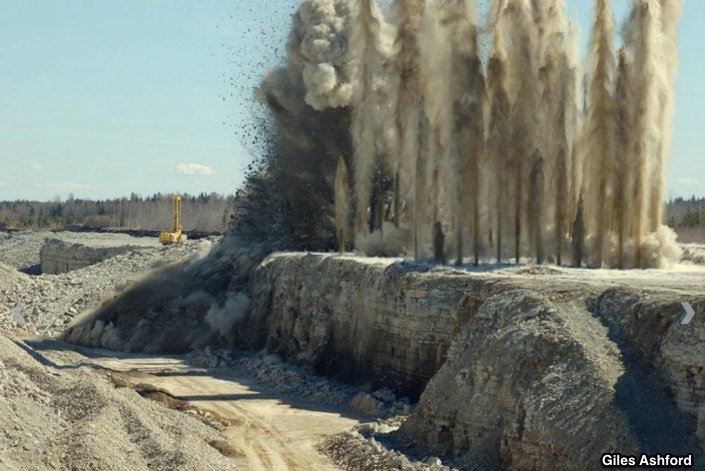 This episode highlights the bills that passed the House of Representatives in March, including a bill that allows toxic mountaintop removal waste to be dumped in streams, a bill that skips environmental reviews for new nuclear power plants, a bill that wasn’t meant to become law but could screw over every government employee if it did, a bill that prevents the government from managing water rights, multiple bills to chip away at ObamaCare, and more.

Bills Presented in This Episode


Every one of these bills passed the House of Representatives in March, 2014 and is now awaiting action in the Senate.

Relaxes the EPA rule that requires farms install spill prevention equipment if they store oil on their properties.

H.R. 311 would have allowed farms to store up to 42,000 gallons of oil before they would have to have oil spill prevention equipment installed and certified by and engineer.

The author of H.R. 311 was Rep. Rick Crawford of Arkansas; he has taken over $278,000 from the crop production and basic processing industry.

Would add Israel to a list of countries that gets approved faster for weapons shipments from the United States.
Title II: Takes a $2 million a year grant program for renewable energy research and development and shifts its money towards natural gas.

Ileana Ros-Lehtinen’s top contributor is the “Pro-Israel” lobby, which has given her over $893,000.

HR 1814: Equitable Access to Health and Care Act (EACH Act)
Sponsored by Aaron Schock of Illinois

On Monday, June 30, the Supreme Court ruled that corporations can pick and choose what is included in their employee’s health coverage, so long as they say that that coverage is against the owners’ religion. This ruling means that H.R. 1814 would have far wider implications than originally intended if it were to become law.

HR 1814 let’s people get out of buying health insurance entirely if they say their “sincerely held religious beliefs” say they can’t get medical care. If someone went to the doctor that year voluntarily, the exemption would be nullified. There’s no penalty for lying.

After the Supreme Court decision, if H.R. 1814 were to become law, corporations might be able to get out of providing for their employees by claiming that doing so is against their religion. The bill passed overwhelmingly in March, without a recorded vote, but it’s future now looks bleak in the Senate.

Forces the States to comply with a rule that allows the waste from mountaintop removal for coal mining operations to be dumped into rivers and streams. The rule was implemented in the last days of the Bush Administration and was recently thrown out by the courts because it didn’t comply with the Endangered Species Act.

Bill Johnson, the author of this gift to the coal industry, has taken over $200,000 from the mining industry.

This bill prohibits the Federal government from requiring companies operating on public land to turn over their water rights as a part of their lease renewals.

The bill was written to settle a dispute over a Forest Service directive that would have required ski resorts operating on public land to turn over their water rights to the government in order to keep operating on public land. The Forest Service had already retracted that directive at the time this bill passed. The bill however, would prohibit the entire Department of Agriculture and the entire Department of the Interior from requiring the relinquishment of water rights as part of a permit to operate on public land, meaning the bill would effect far more than just ski resorts.

The bill passed 238-174. No Republicans voted against it.

Witnesses quoted from the House Natural Resources Committee’s Subcommittee on Water and Power’s hearing from October 10, 2013 (in order of appearance):

Ed Whitfield’s second highest contributor over the course of his career has been electric utilities; he’s taken over $614,000 from them. Electric utilities are his top contributor for the upcoming 2014 election; he’s taken over $157,000 and counting for this election alone. Ed Whitfield has also taken almost half a million over the course of his career from the oil and gas industry, over $100,000 of that for this upcoming election.

This bill repeals the Sustainable Growth Rate (SGR) method of paying doctors who treat Medicare patients. The SGR rate ties the doctors’ payments to the growth of the economy, which has short changed the doctors as medical costs have risen and the economy has remained flat.

In it’s place, HR 4015 establishes what they call a “merit-based incentive payment system” that would come into effect on January 1, 2018. It creates a complicated system of scoring doctors based on their performance.

Section 10, however, waives the tax penalty for not buying health insurance until 2019. This provision will kill the bill in the Senate.

The bill passed 238-181. No Republicans voted against it.

Delays the tax penalty assessed if you fail to buy health insurance for one year.

Rep. Lynn Jenkins top five contributing industries include both health professionals and insurance. She’s taken over $300,000 from both.

This bill was presented as a solution to the “problem” of an Executive Branch that refuses to enforce the law. This bill, however, is so broadly and carelessly written that it appears to allow Congress to sue any part of the government, individual employees included, if Congress determines they have not “faithfully executed the law.”

The only clear winners if this bill became law are the lawyers who would get to argue these civil cases. The author of the bill, Rep. Trey Gowdy, is a lawyer. Trey Gowdy’s most generous contributing industry are lawyers and law firms, which have given him over $188,000 during his two terms in Congress.

The bill passed 233-181, with the support of every, single Republican. It stands no chance in the Senate.

Rep. Chaka Fattah of Pennsylvania informed the House of Representatives that he is not going to comply with a subpoena. It’s not clear exactly what the subpoena was for but he has been under Federal investigation for various improprieties since 2007.