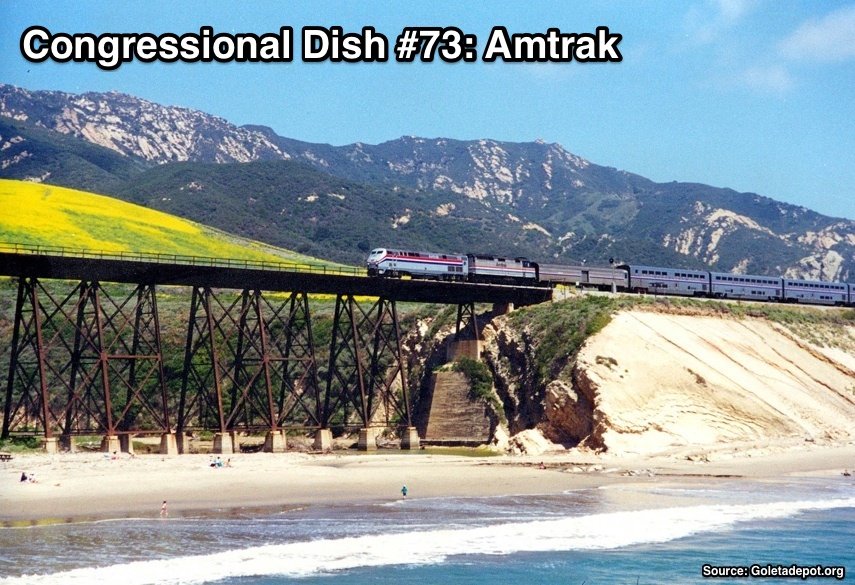 The United States has a third world passenger rail transportation system. There’s no denying it. There is only one company, Amtrak, that operates nationwide. Amtrak train cars are decades old, the employees are over-worked, and it’s incredibly unreliable. But why is that the case? How can we do better? 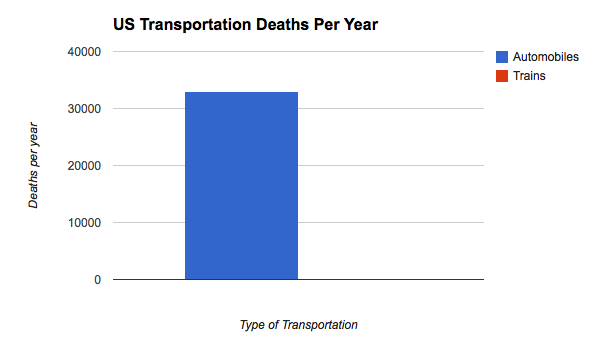 But if passenger trains are such a good investment, why is the United States system so behind other countries?

It wasn’t always this way. In the 1920’s, more than 1,000 companies operated on a network of 380,000 miles of track in the United States. 1.27 billion passengers traveled on the United States’ rail network every year, at a time when our population was much less than it is today.

However, in the 1970’s, after the interstate highway system was completed and air travel became affordable for the middle class, the private railroads didn’t find passenger trains to be as profitable as freight and they wanted to eliminate passenger services entirely. The government agreed to take over the passenger service that the private sector didn’t want to provide for their own financial reasons.

Amtrak was created in 1971 as a quasi public-private entity to provide public rail transportation service nationwide. Amtrak was a compromise between the members of Congress who wanted to keep a passenger rail system in the United States and the Nixon administration, who wanted passenger rail to disappear.

The only place in the United States where the private railroad companies do not own the infrastructure is in the Northeast Corridor, between Boston and Washington D.C., which just so happens to be the area of the country with the best and most reliable passenger rail service in the country. However, Amtrak is responsible for maintaining the infrastructure; as a result, about 75% of Amtrak’s budget goes towards maintaining the Northeast Corridor.

Amtrak was given two mandates. The first was to provide a nationwide passenger rail service. The second was to turn a profit. While turning a profit is a worthy goal, no passenger rail service in the world is currently profitable even in countries where the passenger train company is not responsible for maintaining the rail infrastructure.

The situation got worse for Amtrak in the 1980’s due to the Staggers Act, which deregulated the railroad industry. As a result, railroad companies gobbled each other up in mergers and ripped out even more tracks. Since the 1960’s, almost half of the countries’ rail infrastructure has been abandoned or removed. Today, the vast majority of the country’s remaining railroad tracks are controlled by only four companies: BNSF, CSX Transportation, Norfolk Southern, and Union Pacific.

Bills Discussed in This Episode

Amtrak has been starved of funding since it’s creation, a problem that continues today. Amtrak needs about $5 billion just to maintain old bridges, tunnels, and walls in the Northeast Corridor, the only section of the country where Amtrak owns the tracks it runs on. H.R. 4745, the transportation funding bill for fiscal year 2015 which passed the House of Representatives on June 10, would not authorize that money, nor much else for operations in other parts of the country.

H.R. 4745: The Transportation, Housing and Urban Development, and Related Agencies Appropriations Act for 2015 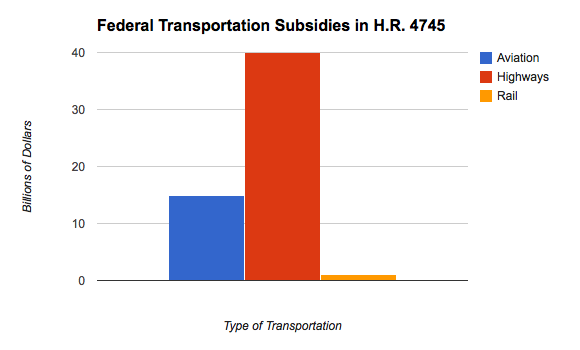 In addition, H.R. 4745 contains some outright fiscal attacks on Amtrak’s ability to function.

There is hope, however. H.R. 4745 needs to be merged with the Senate version. There is still time to remove the Amtrak attacks.

More importantly, the multi-year transportation bill known as MAP-21 is set to expire on September 30, 2014, right before the 2014 midterm elections. If we want passenger rail service investments in the United States, now is the perfect time to demand them.

Sources of Information for the Episode