CD069 Giving Away Your Land 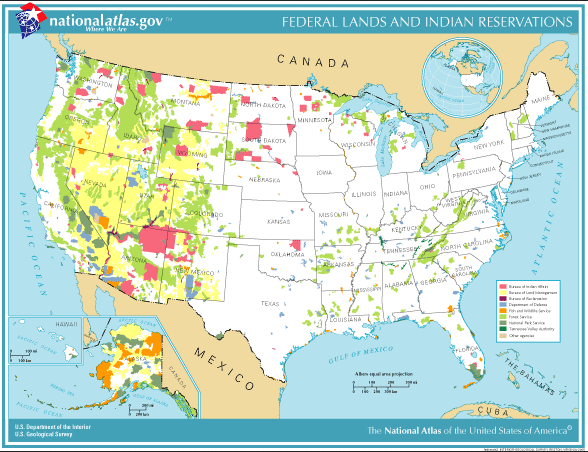 CD069 Giving Away Your Land

In February, the House passed a package of ten bills that give away or sell Federal land, most of them so that private interests can use our land for profit.

To contribute to Congressional Dish, please use the PayPal link below. Thank you.

RAUL GRIJALVA (AZ):” Let’s be clear: we are talking here about Federal property, that is, property owned by all Americans. The land in question in Escambia County, Florida; Anchorage, Alaska; Fernley, Nevada; Cape Hatteras, North Carolina; Yellowstone and Grand Teton and the land on which Federal grazing occurs, the land impacted by this package is Federal land, owned by each and every American taxpayer. In the case of these land transfers, the Federal Government gave the land, gave it to a local community as a means of Federal support, and the only requirement, in most cases, was that the land always be used for public purposes. As long as it is a park or a school or a fire station, it is yours, for free. What these bills do is end those public purpose requirements. The communities want to use these lands for private profit. They want to close them to the public, in many cases. This is not a land grab by Uncle Sam. This is not some silly scheme by the Feds to harm local communities and to use their power to hold down the tax-payers and keep the public out. This is a community asking to make money off land that was owned by all Americans, and it is the job of Congress to decide if that is a good idea or not.

RAUL GRIJALVA (AZ): “This is public land, not land to give away and, as stated before, over and over again, be dredged and used for a harbor for potential windfall profit.”

The concern raised by Raul Grijalva is over the possible dredging of Navarre Pass. A pass was dredged for boats in 1965 but was almost immediately destroyed by Hurricane Betsy. In 1968, a permit to re-dredge the pass was denied. The fighting over this has continued ever since. From what I can gather, Santa Rosa county wants to dredge the pass again but Escambia County does not. Both counties currently get a vote on this issue. Terminating any regulation of Santa Rosa County by Escambia County could potentially take Escambia’s vote away and allow the pass to be dredged.

TITLE II: Transfer of Federal land rights to the City of Anchorage

Section 203: Secretary of the Interior will give all rights to land it currently leases to the City of Anchorage “to enable economic development” of that land.

Section 302: Forces the Secretary of Interior to process a sale of 9,407 acres of Federal land to the City of Fernley in Nevada.

Section 303: Releases the Federal government from any liability from “the presence, release, or threat of release of any hazardous substance, pollutant, contaminant, petroleum product (or derivative of a petroleum product of any kind), solid waste, mine materials… on the Federal land in existence on or before the date of conveyance.”

Section 304: Appears to exempt the land from public land, mineral leasing, mining, and geothermal leasing laws. *confusing – not sure*

RAUL GRIJALVA (AZ): “Let’s put one other misleading claim to rest. While Republicans claim the Federal Government owns too much land, the historic trend has been one of divestiture and fragmentation. As recently as the late 1860s, the Fed-eral Government owned 1.8 billion of the 2.3 billion acres in the contiguous United States. Grants to States, home-steaders, land-grant colleges, railroads and others settling in the Alaska and the West have reduced Federal land ownership by roughly 640 million acres to date.”* Section 401: No land can be purchased, donated, or transferred to the Federal government until a database of land-for-sale is created and made “easily accessible to the public”

Section 401: No land can be purchased, donated, or transferred to the Federal government until a database of land-for-sale is created and made “easily accessible to the public.”

Section 504: Prohibits enforcement of a final rule regulating off-road vehicles at the seashore that went into effect on February 15, 2012.

The Green Mountain Lookout in 2010

March 2012: A federal court ordered the Forest Service to remove a lookout structure from Green Mountain wilderness area. The lookout was constructed in 1933 and had been rehabilitated in 2009.

Susan DELBENE (WA) “Green Mountain Lookout, located in the Glacier Peak Wilderness, was built in 1933 as a Civilian Conservation Corps project to detect fires and spot enemy aircraft during World War II. The look-out is an important, historic and unique part of the Pacific Northwest. It is a popular destination for hikers, and it is listed on the National Register of Historic Places. Unfortunately, severe weather caused the Green Mountain Lookout to fall into disrepair in 2001, and the U.S. Forest Service began taking steps to preserve the historic…structure for future generations. How-ever, an out-of-State group filed a law-suit against the Forest Service for using machinery to conduct these repairs, and a U.S. District Court ordered the Forest Service to remove the look-out. My bill would allow critical and routine maintenance while keeping this iconic structure where it is meant to be—in its original home. Local governments in the area, my constituents, as well as a number of environmental and historic preservation groups support my bill to keep the Green Mountain Lookout where it is. The Natural Re-sources Committee agrees. They passed this bill unanimously last year, and why wouldn’t they? This bill is common sense. It saves us money because it would actually cost more to remove the lookout than to keep it where it is. There is absolutely no doubt in my mind that, if this bill had been brought up on its own, by its own merits, it would have passed with overwhelming bipartisan support. Unfortunately, that is not what is happening here today. Instead, this bill has gotten wrapped up in a series of very controversial and divisive bills”

Existing regulations prohibit boating on rivers and on five of Yellowstone’s 168 lakes and a 1,000 foot section of the Snake River in Grand Teton National Park.  The ban was put in place sixty years ago to prevent overfishing.

Section 802: Increases the term for new permits on Federal land from 10 to 20 years.

Section 803: An expired or transferred permit will remain in effect, under the original terms, until the government finishes processing a new permit or lease, which will be valid for twenty years.

TOM MCCLINTOCK (CA): The fire also left behind hundreds of millions of board feet of dead timber that is on Federal land that could be sold to raise millions of dollars, money that could then be used to replant and reforest our devastated lands. In addition, processing that timber would help to revive the economy of a stricken region.

Section 902: Secretary of Agriculture “shall conduct a timber salvage and restoration pilot program.

The pilot program will be conducted according to an proposed alternative in a draft environmental impact statement.

“In addition to the Proposed Action, the EIS will evaluate the required No Action alternative and will likely consider other alternatives identified through the inderdisciplinary process and public participation.”

A fascinating article in the Modesto Bee is in favor of opening some additional land to logging but is pissed at Tom McClintock for going so far and not trying to find a sensible compromise:

“McClintock has called for immediate salvage logging of 1 billion board feet of timber. To understand the magnitude of what McClintock envisions, a billion board feet is equal to all the timber logged in California in a year. Much of it is in steep, remote areas. To get to it, loggers would need to cut roads and scale steep mountains, causing yet more erosion on slopes with no ability to stop runoff. The damage – environmental and to whatever is below – could be enormous.

McClintock believes that such a massive operation should be exempt from federal environmental laws, public comment and court review. That is nonsensical.
There is no scientific basis for the scale of removal that McClintock advocates. Besides, the logging industry doesn’t have enough trucks, crews, equipment and processing capacity for it. For instance, there are only 11 logging crews and 165 trucks working in the area of the Sierra hit by the fire, and they will be busy through the summer simply removing the timber from private lands. And even if more crews and trucks could be brought into the area, the mills would have no place to store that much timber.

The congressman from Elk Grove ought to drop his ill-conceived idea and concentrate on helping the timber companies acquire the areas they target.”

TITLE XI: Issues a patent for 80 acres of Alaska land for surface rights

The government recently seized the cows of Cliven Bundy, a rancher in Nevada who has refused to pay his grazing permitting fees for over 20 years, which lead to armed standoff between Federal agents and 100 man hillbilly militia.

The Bureau of Land Management removed his cows from the Federal land – impounding them instead of putting them on Bundy’s undisputed land – and Bundy and his hillbilly supported showed up pissed off with guns.

The BLM last week backed down.

In Kansas City? Want to Dance?