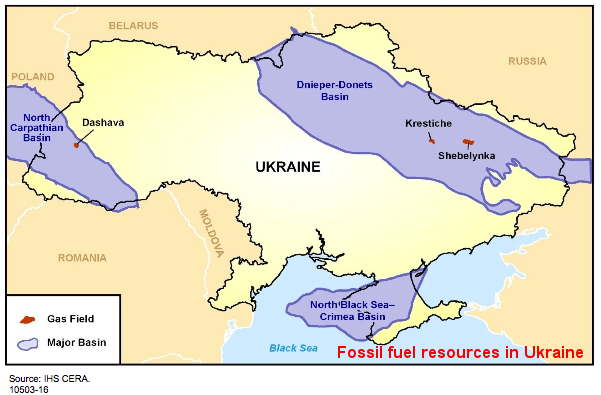 The United States appears prepared to restart the Cold War and loan at least $1 billion of our tax money to Ukraine through the International Monetary Fund (IMF). Why? In this episode, we look at what we’re asking for in Ukraine in return for our generosity.

* For an excellent perspective on the Russian invasion of Crimea, listen to Episode 270: Poking the Bear and Episode 271: Cashing the Doomsday Cheque of Common Sense with Dan Carlin.

The International Monetary Fund (IMF) loans struggling countries money but in return the IMF demands that the country change its economic laws to make them much more corporate friendly. As explained in the The Shock Doctrine by Naomi Klein, there are three economic principles that the free marketeers want their target countries to adhere to:

In Ukraine’s case, Their elected government – an elected government that had recently backed out of a “free trade” deal with Europe and was recently cut off from promised IMF cash because it didn’t change Ukraine’s economic laws – was overthrown and it was replaced by an IMF-friendly government, which has restarted the “free trade” deal with Europe and has promised to enact the “painful” IMF economic reforms. The new government is currently being promised $27 billion.

“You know that we resumed talks with the IMF, we do understand that these are tough reforms, but these reforms are needed for the Ukrainian state. We are back on track in terms of delivering real reforms in my country. Probably in the near future, next week, or in ten days, Ukraine is to sign the political part of an association agreement with the European Union and we want to be very clear that Ukraine is and will be a part of the Western world.” -Interim Ukrainian Prime Minister Viktor Yanukovich, March 12, 2014

Our government is supporting this new government. Here’s my answer to “Why?”.

The two most promising areas are in energy and agriculture.

First, energy. Poor Ukraine has the potential to become filthy rich because of the country’s untapped natural gas supplies. Ukraine has not one, but two, big shale formations that are mostly unfracked.

Ukraine is completely hooked on natural gas for energy, but they have been buying it from Russia. Russia has been giving Ukrainians discounts on their natural gas that keep Ukrainian’s prices just low enough that Ukraine’s natural gas company hasn’t bothered to start fracking at home.

According to Morgan Williams, President and CEO of the US-Ukraine Business Council, “The new prime minister says he wants to privatize the state-owned energy companies.”

Second, agriculture is big business in Ukraine. Ukraine has been nicknamed the “breadbasket of Europe” for centuries and in January, The Financial Times called Ukraine “one of the world’s most promising agriculture commodity producers”. The reason is that in 2013, Ukraine had their best year ever for corn. The market is practically drooling over the prospects of getting control of this land. Morgan Williams, President and CEO of the US-Ukraine Business Council – the group I think is really calling the shots here – said, “The potential here for agriculture/agribusiness is amazing … production here could double. The world needs the food Ukraine could produce in the future. Ukraine’s agriculture could be a real gold mine.”

So Ukraine is a country with huge, untapped natural gas reserves, which can be easily transported and sold to Europe since Ukraine already houses two of the most important gas pipelines which transport natural gas from Russia to Europe. Ukraine is also a country with fertile land in a time when other “breadbaskets of the world” are either flooded or withering in drought. Add to that Ukraine’s educated workforce ripe for corporate slavery and you’ve got a country that the market would love to take advantage of. This is why Ukraine is a target. This is why we’re involved.

What Are We Fighting For?

According to a 96 page document prepared by the IMF in 2012, the IMF wants Ukraine to, first and foremost, cut heating assistance for Ukrainian citizens. The IMF is also adamant that Ukraine needs to let their currency be more flexible, flexible in the down direction that is. Since the IMF government was installed, Ukraine’s currency has fallen 24 percent, making it the worst performing currency this year.

Another goal of the IMF is to “facilitate mergers and acquisitions of banks“. Ukrainian banks controlled 58% of the Ukrainian banking industry in 2010, according to the IMF.

Other goals of the IMF include the “repeal of burdensome government regulations”, “wage and employment restraint”, which translates to lower wages and cutting of Ukrainian government jobs, via “reforms and reductions” in the health and education sectors, which make up the bulk of public employment in Ukraine.

These new laws are in addition to the new laws the IMF had already gotten from the recently ousted government. Ukraine already reformed their pension system by raising the retirement age for women from 55 to 60, lowered corporate tax rates in 2010, laid off 30,000 public employes in 2011, and privatized Ukraine’s 11th largest bank in 2011- selling it to a titanium business tycoon who gobbled up Ukraine’s government-owned titanium in a fire sale of Ukrainian state assets that took place in 2004.

Where Are We Now?

It appears that the Ukrainians are screwed. The new prime minster said he is prepared to be “the most unpopular prime minister in the whole history” and he’s enacting the new economic laws, full steam ahead.

For our part, in our Congress, the IMF loan money is uncontroversial. Both the House and the Senate have approved $1 billion of our tax money which will go towards the IMF loan.

Winters of 2006 and 2009: Russia and Ukraine waged two “gas wars” when Moscow halted deliveries to both Ukraine and by extension the rest of Europe.

Early 2011: Ukraine halted natural gas exports to Poland’s gas company after a Ukrainian law mandated all state-owned oil and gas be sold to the Ukrainian population.

Nov. 21, 2013: President Viktor Yanukovych rejected a political and free trade agreement – in the works since 2005 – with the European Union, instead choosing to resume talks with Russia – the country that controls their energy supply.

February 22, 2014: President Viktor Yanukovych flees to Eastern Ukraine (the Russian side) after what he called a coup.

February 26, 2014: The government of Ukraine becomes pro-Western and willing to enact IMF reforms, at least until the election on May 24th.

March 27, 2014: The IMF promises Ukraine $27 billion after Ukraine’s interim government cuts heating subsidies by 50%, promising to eliminate them all by 2016.

Full Videos of Clips Presented in this Episode

US-Ukraine Relations: President Obama and Ukraine’s Prime Minister speak to reporters after a meeting at the White House

#Music Presented in this Episode

The Darkest Places by MxPx