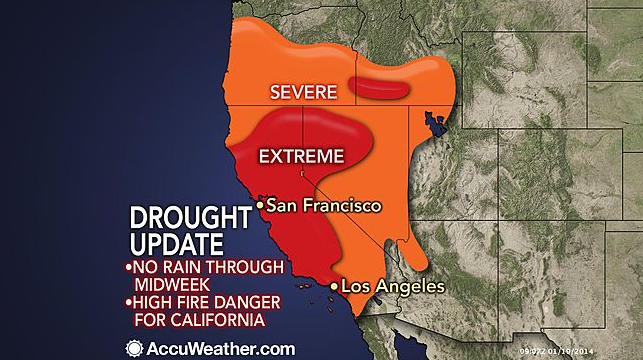 On February 5, the House of Representatives passed a bill that takes away California’s right to divide its dwindling water supply. The bill forces California to take water away from the Sacramento-San Joaquin Bay Delta and give it to Agribusiness in the San Joaquin Valley, voiding a bunch of State and environmental laws in the process.

Summary of the Bill

This is the second time the Republican-controlled House of Representatives has passed this bill. A similar bill was passed during the 112th Congress.

TITLE I: Eff The Fish Section 105: Water usage will be prioritized to go towards agricultural, municipal, and industrial purposes

Section 107: Private for-profit organizations would be eligible for water storage and delivery contracts paid for with taxpayer money, which is not currently allowed.

The delta smelt, the “stupid little fish” the House GOP is pretending is the only species affected by drying up the delta

Section 111: Federal agencies can not be forced to change their actions by a National Environmental Protection Act determination.

*New to the 113th Congress version* Section 112 & 113: Gives 10 year water contracts to the Oakdale, South San Joaquin, and Calaveras County water districts if it doesn’t take water away from the Central Valley

*New to the 113th Congress version* Section 114: A pilot program to remove “non-native” bass species from the Stanislaus River.

The Settlement ruled in 2004 that the Bureau of Reclamation illegally dried the San Joaquin River and ruled that they will have to release water from the Friant Dam for the first time in 55 years in order to allow the fish – specifically salmon- in the river to survive. The lawsuit was first filed in 1998 and was one of California’s longest running water disputes. It also restores water supplies to farmers near Stockton

Section 201: Repeals the settlement and enacts a whole new plan.

Section 211: Repeals a requirement that salmon be reintroduced to the San Joaquin River

Section 301: Federal government has to reimburse water contractors for construction costs already accrued by January 31, 2018; future costs need to be reimbursed by the government within five years.

Section 403: Agricultural water contractors in the Central Valley will get 100% of their promised water in Wet – Below Normal years, 75% in a “dry” year, and “50% in a “Critically dry” year

Section 404: The Federal government must make sure that the Endangered Species Act and goals of “addressing environmental needs” do not cause any “adverse water supply or fiscal impacts” to Central Valley water contractors.

Section 501: The coordination of water rights “require assertion of Federal supremacy to protect existing water rights”, says “these circumstances are unique to California”, and therefore “nothing in this Act shall serve as precedent in any other State.”

Section 502: “Nothing in this Act shall affect in any way the Proclamation of State of Emergency and associated Executive Order issued by Gov. Edmund G. Brown, Jr. on January 17, 2014.”

Are You Thristy? by Mighty Men of Faith (found on Music Alley by mevio)