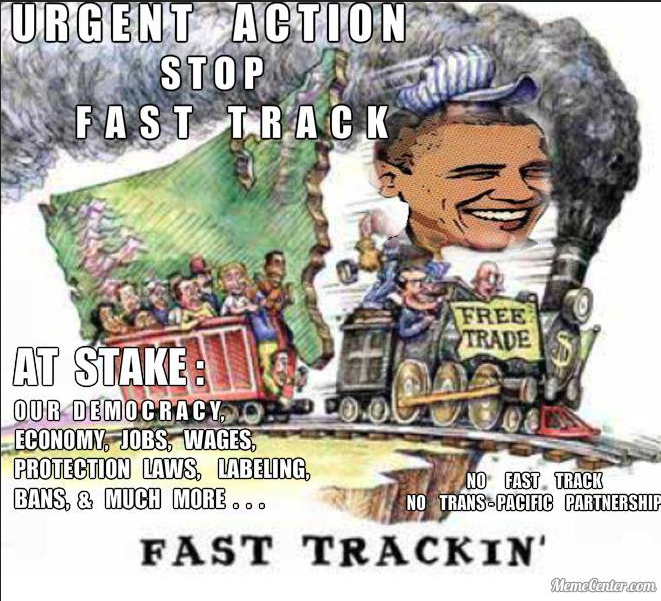 This week, a bill was introduced in both the House and the Senate that would hand Congress’ power to negotiate trade deals, such as the Trans-Pacific Partnership, over to the President. We also look at the budget agreement to get an idea of what Congress is putting into their last-minute must-sign-by-next-week budget. Finally, thoughts on the golf swing. 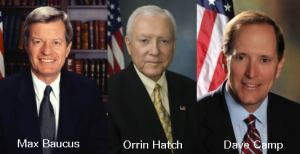 On Thursday, January 9, Max Baucus, retiring Democrat in the Senate, and Orrin Hatch and Dave Camp, two shameless Republicans in the House, introduced a bill that would hand their power to negotiate and enter into trade agreements to the President. This bill would provide the President with so-called “fast track” authority to enter into both the Trans-Pacific Partnership (TPP) and a trade deal with the European Union. Fast track authority makes it much, much easier for these controversial deals to become law.

The bill starts off with Section 2, which lists a whole bunch of wonderful sounding goals – “objectives”- for the United States’ trade agreements with other nations. Some of these lofty goals include opening up new markets, protecting the environment, protecting United States’ family farms, encouraging foreign investment in the United States, protection of intellectual property rights, transparency, fair labor practices, and anti-corruption.

Too bad none of these things are actually enforceable.

The reason these goals are unenforceable is that regardless of whether any of these “objectives” are actually met by the trade agreement, page 35 authorizes the President of the United States, and only the President of the United States, to enter into trade agreements with foreign countries on or before July 1, 2018. There’s some wiggle room with that date. The expiration date will be automatically extended until July 1, 2021 if the President asks for the extension as long as “neither House of Congress adopts an extension disapproval resolution” before July 1, 2018. If Congress does nothing; the extension is automatically approved. And doing nothing is one area where Congress performs extremely well.

Congress did insert some language into the bill that is supposed to make us feel better about all this. First, page 87 says that Congress must be given the text of the trade agreement before the “implementing bill” comes up for a vote. What it doesn’t say is how much time they’ll get to read it. In theory, the President could give them the text of the trade agreement an hour before the vote and he will have fulfilled his obligations.

Section 8 is the only source of real hope in the bill. It essentially says that trade agreement provisions that are different from or that change United States laws are not enforceable. It also says that any findings or recommendations of “dispute settlement panels” will have “no binding effect” on the law of the United States. 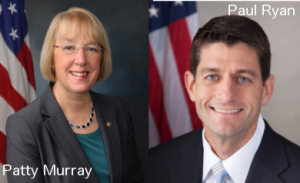 On December 12th, 2013, the House of Representatives passed the budget agreement that was crafted by Democratic Senator Patty Murray and Republican Representative Paul Ryan. The budget agreement is the general rules they will follow while crafting the omnibus budget for 2014 and 2015. The omnibus budget is all twelve appropriations bills wrapped up into one monster bill, with all kinds of non-related gifts to campaign contributors attached to the must-sign legislation. The text of the omnibus legislation isn’t finished yet. It must be signed into law next week to avoid another government shut down.

One creepy provision (Section 203) in the budget agreement will restrict our access to the Death Master File for three years. The Death Master File lists the name, social security number, birthday, and date of death of everyone who dies in the United States. Currently the list is updated weekly and available both for a fee and for free on various websites. The budget agreement will prevent us from getting this information for three years after a person dies. Fees are steep for those who release this currently-public information; you will be charged $1,000 for each disclosure, capped at $250,000 a year if the disclosure is accidental. If the disclosure is on purpose, there is no cap. The provision also exempts the Death Master File from the Freedom of Information Act, effective immediately.

Another infuriating provision (Section 303) approves the United States-Mexico agreement to open up oil and gas exploration in the center of the Gulf of Mexico, an area known as the Western Gap.

As outlined in detail in Episode CD033, the majority of companies that have already claimed leases on the American side are not American companies, yet we are risking our coastlines for them anyway. A bill to approve this deal passed the House of Representatives earlier this year but the Senate did not approve it, so friends of the oil industry slipped it into the budget agreement. Hardly anyone has noticed. Some other provisions:

For the rest of the provisions, we will have to wait for the text of the actual budget  to see the details. It will likely already be law by the time we get a chance to read it.

Music In This Episode

Fast Lane by All Crazy (found on Music Alley by mevio)