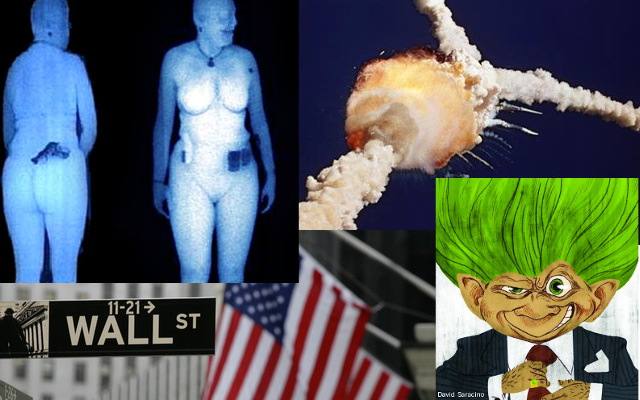 During the first week of December, the House of Representatives passed bills to extend an insurance program that provides taxpayer bailouts to private space exploration companies, made changes to TSA policies, tried (again) to deregulate Wall Street gamblers, and tried to shut down patent trolls.

Music & Other Audio in This Episode