A bill marketed as for “transparency” appears to keep information secret from the public and gut an oversight board. Taxpayers treat a group of Representatives to an expensive Summer getaway. Cocaine.

Section 3: The following information would be published on the USASpending.gov website: 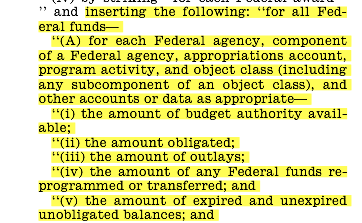 A “pilot program” will “consolidate reports” that agencies and companies who receive Federal money must turn in:

The agencies and companies allowed into the pilot program must be worth at least $1 billion total; there’s no limit to the number of participants. 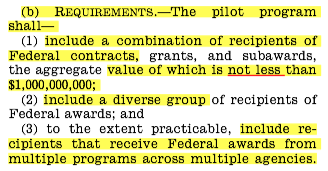 The Recovery Board would start investigating the Inspectors General:

Section 5: Expands the amount of information that can be kept secret: 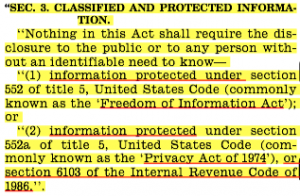 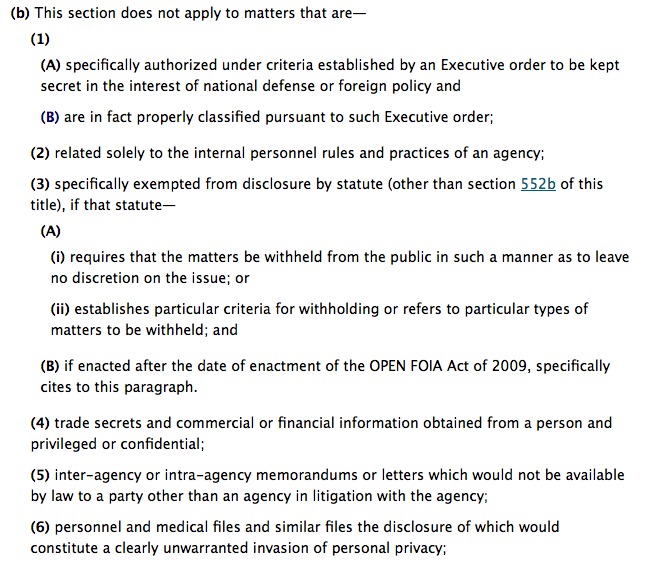 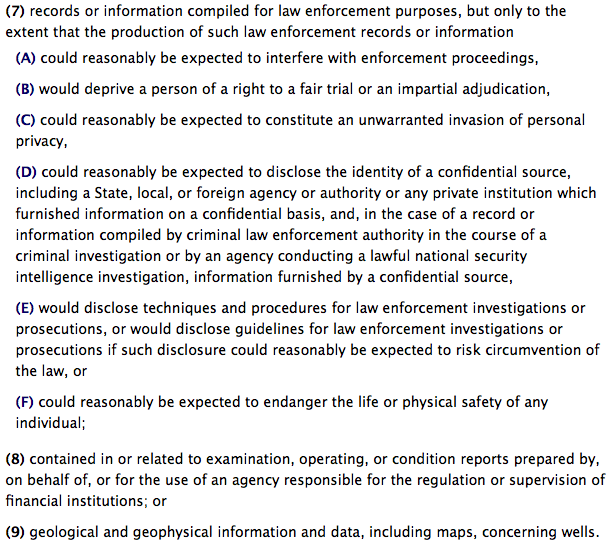 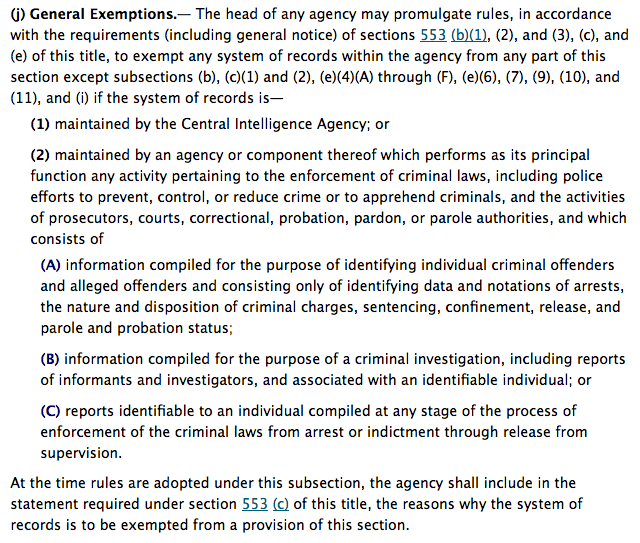 The Recovery Board investigates companies that are given government money – “recipients”. 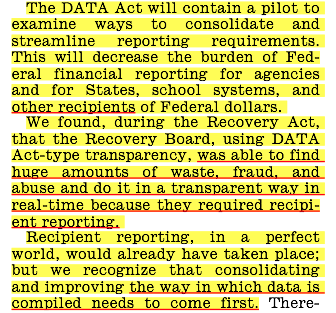 Five Representatives and two staffers took a $179,938 six-day all expense paid-by-taxpayers trip to Singapore and Australia in Summer 2013.

Rep. Rush Holt of New Jersey was the only Representative to vote against the DATA Act.

As a scientist, I know firsthand how important scientific conferences and meetings are.  I opposed H.R. 2061, the Digital Accountability and Transparency Act, because it would cut by 30 percent the amount of travel federal employees could undertake for conferences, meetings, and other crucial events. – Rep. Rush Holt

Rep. Henry “Trey” Radel of Florida is on a leave of absence due to his proven cocaine habit. 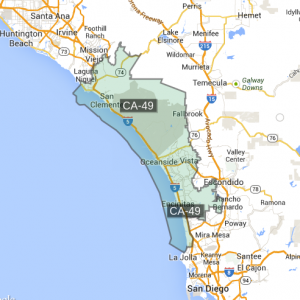 Rep. Darrell Issa of California was the main author of the DATA Act.