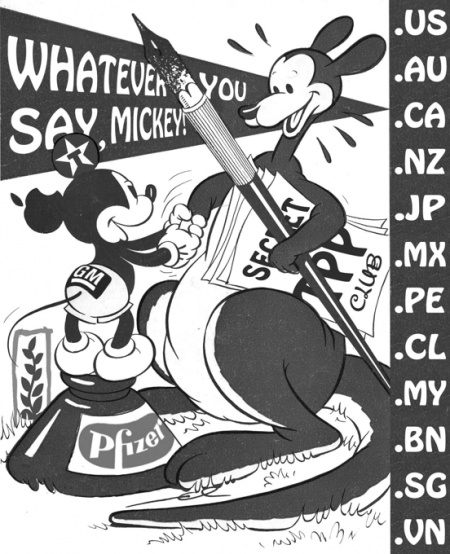 The Trans-Pacific Partnership (TPP) is an international treaty being negotiated in almost total secrecy by the United States and eleven other nations. This week, Wikileaks published one of the twenty-nine chapters, the chapter on Intellectual Property. In this episode, we highlight the details of the patent and copyright laws contained in the leaked TPP chapter and then we quickly look at the bills that passed the House of Representatives this week.

The English and Japanese versions of “Lets Stop the TPP” produced by Consumers International.

The leaked chapter of the Trans-Pacific Partnership, released on November 13, 2013 by Wikileaks .

Genetically modified corn has pesticides in the corn itself

Aereo gives you access to basic cable stations for about $8/month (if available in your city).

Presidential Message to Congress: Continuation of the National Emergency in Respect to Iran