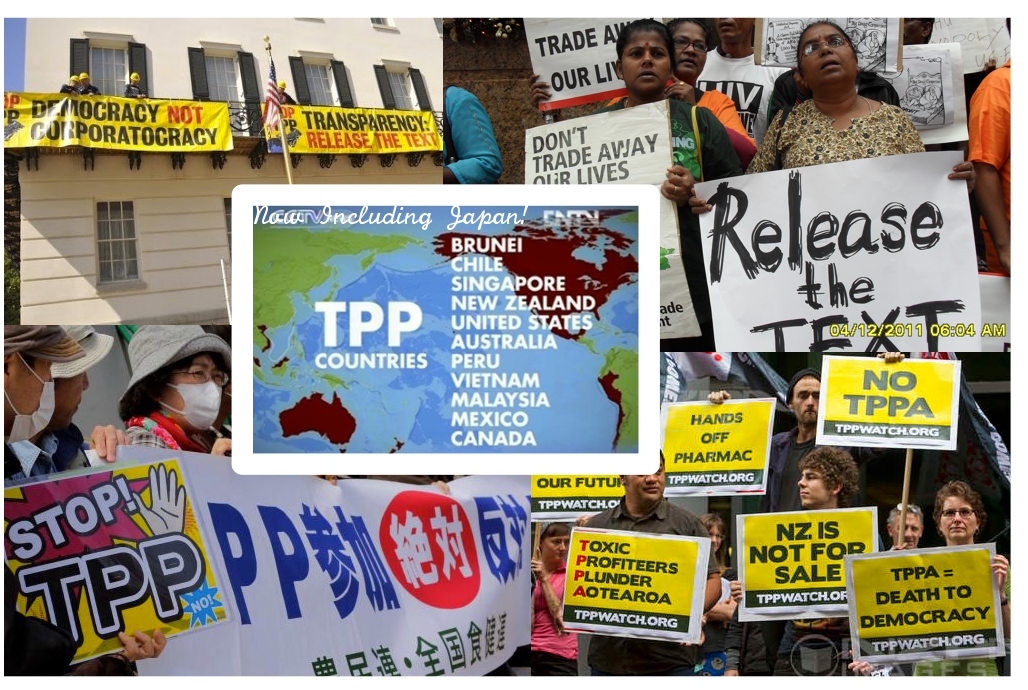 Sources of Clips Presented in This Episode

YouTube Video: “The Top Secret Deal Between 11 Countries That Will Affect Your Lives” by Lee Camp, episode #186 of the Moment of Clarity series, November 14, 2012.

Music In this Episode

Links to Additional Information About the Trans Pacific Partnership

PDF: The leaked chapter of the Trans-Pacific Partnership.

A Pacific Trade Deal by The Editorial Board of the New York Times, November 5, 2013.

YouTube video: “Secretary Clinton on Delivering on the Promise of Economic Statecraft” by the US State Department, November 17, 2012.