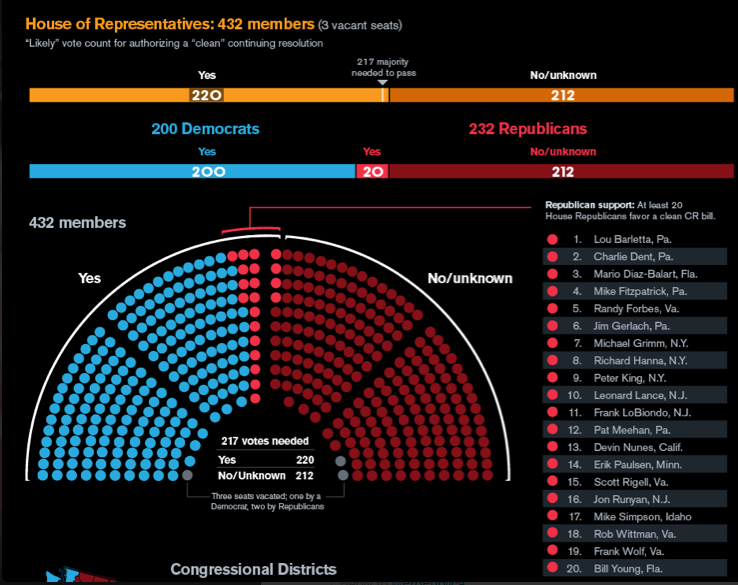 Music: We Can Make the World Stop by Alun Parry (found on Music Alley by mevio)

Music: Democracy is Dangerous by Thomas Pace (found on Music Alley by mevio)

The Senate Continuing Resolution is the one that has no attacks on the Affordable Care Act; if this bill comes up for a vote, it will almost certainly pass.

Who to call to end the shutdown:

The bills that passed before the shutdown: (CR = Continuing Resolution)

The bills that have passed the House of Representatives since the shutdown:

Representatives quoted in this episode who lied on the floor of the House of Representatives regarding a not-real Congressional exemption from the Affordable Care Act:

The Republicans refused for six months to go to conference & work out the budget differences with the Senate.

Representatives quoted in this episode who claimed that Democrats refused to compromise:

Representatives quoted in this episode who ran with the ‘negotiate’ talking point:

Roll Call’s list of items the House Republicans are considering attaching to a debt ceiling bill.

The House plans to vote on bills that deregulate Wall Street as soon as the spotlight is gone.

H.R. 992: The bill that deregulates the derivatives market