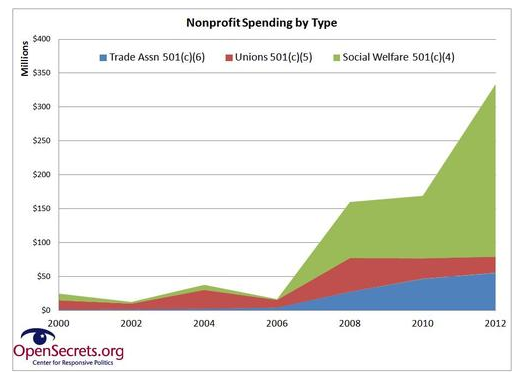 In this episode, highlights from the House Ways and Means Committee IRS scandal hearing. IRS staffers made a list of keywords including Tea Party, 9-12, Patriot, etc. to help them find social welfare groups applying for tax exempt status that were actually political in nature. This is the scandal you’ve been told about; the real scandal is how many of them have been approved.

How IRS “streamlining” in the 1990s led to mismanagement

At the same time, the IRS saw a sharp increase in the number of groups claiming tax-exempt status under section 501(c)(4) of the U.S. tax code. Groups that qualify do not have to pay taxes to the U.S. government and, more importantly to political groups, do not have to disclose their donors.

The law for 501(c)(4) groups says that they must exist “exclusively” for social welfare purposes, but an IRS regulation from 1959 says that they must exist “primarily” for social welfare purposes. That wiggle room has been applied broadly, to put it mildly, and we now have clearly political groups claiming tax-exempt status as 501(c)(4) organizations.

In March of 2010, the division of the IRS charged with making sure that groups claiming tax-exempt status under section 501(c)(4) of the U.S. tax code were “primarily” social welfare groups, not political groups, made a list of keywords to look for in the names of groups that might indicate the groups were political in nature. The keywords they looked for include:

View the Inspector General report on the IRS scandal

The IRS employees also asked questions that were considered unnecessary when they were finally analyzed by IRS management. 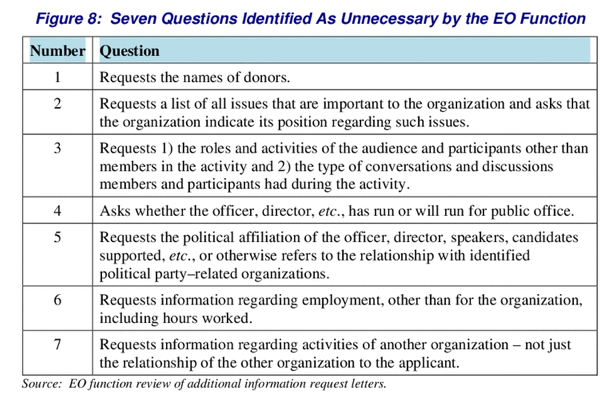 Although the list was inappropriate, most of the groups analyzed during the same time period had names unrelated to the list. 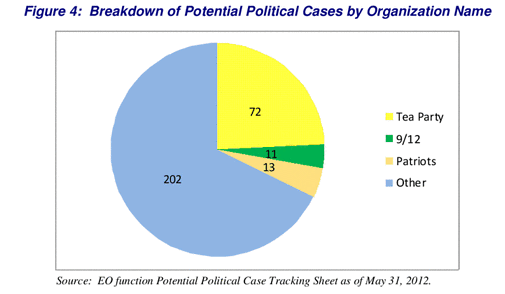 In the end, the IRS Inspector General found no evidence of corruption at the IRS; instead, they concluded the problems arouse out of mismanagement.

However, the real problem as far as us American citizens are concerned, is that clearly political groups are being given tax-exempt status, allowing them to keep their donors secret. Out of the 298 applications the IRS Inspector General reviewed, 0 had been denied. Here are some examples of groups that enjoy tax-exempt status as social welfare groups:

How Real Disclosure Laws Could Help Fix the IRS Problem

Also in This Episode


Bills that passed the House of Representatives this week:

People Quoted in This Episode

Steve Miller, acting Commission of the IRS (has since resigned)