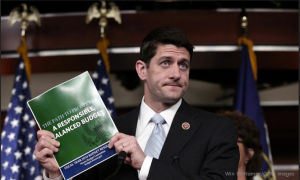 Low-lights of the Ryan budget are described after we run down the bills passed by the House this week. We also look into an eighteen-year emergency continued this week by President Obama.
H.R. 749: Eliminate Privacy Confusion Act

The banks currently have to send out a notice regarding their privacy policies every year.

This bill extends the the Temporary Assistance for Needy Families Program, which is welfare, through the end of this calendar year.

The bill also prohibits the Obama administration from following through with a plan to give states waivers which would allow them to operate their own welfare programs, so long as there is a proven 20% increase in the number of welfare recipients who find work.

This bill would effectively make sure the Federal government has a one-size-fits all approach to welfare.

Would be effective for fiscal year 2014

Most significant effect: It would change the make up of local boards that decide how our taxpayer money would be spent on welfare-to-work and job training programs. The local boards would effectively be in corporate control.

The boards are required to come up with a plan for the states on how they run their work programs, including how the state will spend taxpayer money. The boards would also be able to award government funded contracts to the entities that provide training services.

It would effectively allow businesses to tell states how to govern.

The bill would also consolidate 35 different programs into one giant program.

President Obama and the Senate Democrats have already said they don’t support it; it won’t become law.

Ted Poe (TX) informed Congress that he intends to ignore a subpoena sent by Orly Taitz, a lawyer from Rancho Santa Margarita, CA. 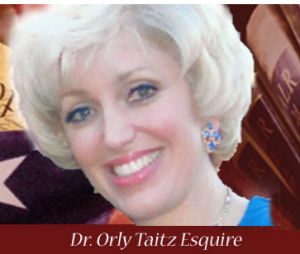 Orly Taitz is part of the Defend our Freedoms Foundation and her website proclaims to be the “World’s Leading Obama Eligibility Challenge Website“.

Taitz filed a temporary restraining order to prohibit President Obama’s inauguration because they claim that he’s using a fake social security number and his birth certificate is forged.

Ted Poe’s response: “After consultation with the Office of Gen-eral Counsel, I have determined under Rule VIII that the subpoena seeks information that is not ‘‘material and relevant” and that it is not ‘‘consistent with the privileges and rights of the House.” Accordingly, I intend to move to quash the subpoena. God and Texas, TED POE”

Another subpoena was ignored this week by the Permanent Select Committee on Intelligence.

The subpoena was issued for a criminal trial being prosecuted by the US District Court for the District of Arizona. The stated reason the subpoena was ignored was because the “documents sought are not material and relevant” and that subpoena is not consistent with the privileges and rights of the House.”

No more information could be found.

President Clinton signed an Executive Order on March 15, 1995 that puts sanctions on Iran’s nationalized oil industry. The sanctions prohibit any United States citizen or company from entering into a contract to develop Iran’s oil resources, either by physically managing the development or financing it.

President Clinton enacted these sanctions after Iran opened their petroleum resources to foreign investment, allowing our corporations to get their invested money back, but not take home profits.

Obama Emergency Notification sent to Congress on March 12, 2013: “The actions and policies of the Government of Iran are contrary to the interests of the United St ates in the region and continue to pose an unusual and extraordinary threat to the national security, foreign policy, and economy of the United States. For these reasons, I have deter-mined that it is necessary to continue the national emergency declared with respect to Iran and to maintain in force comprehensive sanctions against Iran to deal with this threat.”

Taxes
* Change the tax structure from seven brackets to two. The rate for poor people would be 10%
* Repeal the Alternative Minimum Tax
* Lower the top tax rate to 25% for individuals and corporations

* Repeal ObamaCare bit by bit
* Repeal the Federal expansion of Medicaid (100% paid by Fed gov’t, down to 90% in 2016)
* Repeal the health-care exchanges
* Repeal the entire health-care law.
* Want to make sure that “not a penny goes toward implementing the new law.”
* Ban on denial of coverage due to pre-existing conditions would remain illegal.
* Choice program that would allow workers to devote their employer’s health-coverage contribution to purchase a health plan that works for them.. if their employer allows it.

* For people born in 1959 or later, Medicare would be privatized. You would have to choose between private plans or a fee for service, go bankrupt if you get really sick, plan. Taxpayer money in the form of a voucher would pay for the private insurance for people whose savings has been drained.
* Medicare would have exchanges, just like the ones that would be defunded for the rest of us.
* Seniors would get gov’t money only for the “second-least-expensive private plan or fee-for-service” plan, whichever costs less. If the senior wants a better plan, they pay the difference out of pocket.

* Limits on noneconomic and punitive damages in medical liability lawsuits.

*  Make federal workers pay more towards their pensions so that their benefits come closer to sucking as much as the private sector
* “The CBO estimated that, on average, federal employees make 16% more in total compensation than their private-sector counterparts. This reform would begin to rectify that imbalance.”

* Defund renewable projects; “The budget aims to roll back federal interventional and corporate-welfare spending across energy sectors.”
* Open the Outer Continental Shelf to oil drilling
* Sell off “millions of acres federal land” to oil & gas companies. “The federal government owns nearly one-third of the land in the country… substantial volumes of oil and gas are known to lie under these government lands.”
* Prohibit the government from buying land. Right now, proceeds from land sales need to go towards buying other parcels of land. The Ryan budget would take 70% of that and put it towards deficit reduction.
* “The sale of billions of dollars’ worth of federal assets would… remove economic distortions by reducing public ownership.”
* Limit the amount of money the Department of Interior could collect from the fire sale to $60 million per year.

* $560.2 billion for 2014, $6 trillion over the next decade = spending increases.
* “It is approximately $500 billion more than will be available absent changes in the Budget Control Act. Our security is the federal government’s top priority. The budget must reflect that fact.”