Karen Golinski has been fighting the House for four years to get her wife health insurance. 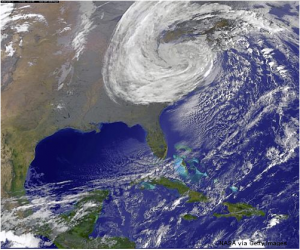 (Amazing before and after pictures from NOAA)

December 2012: The Senate passed a $60 billion aid package and sent it to the House of Representatives.

January 2, 2012: After voting on the fiscal cliff bill on the last day of the 112th Congress, Speaker Boehner had promised a vote on the Senate’s Sandy bill. He lied. There was no vote. The bill died when the 112th Congress adjourned.

January 4, 2012: The House passed HR 41, a piece of the dead Senate bill which authorized FEMA to borrow about $9.5 billion to make payments to victims insured through the National Flood Insurance Program.

January 15th, 2012: The House passed HR 152, a bill which, after being heavily amended by a Republican congressman from New Jersey, finally authorized the remaining $50.5 billion requested by the states damaged by Hurricane Sandy.

HR 152: “Disaster Relief Appropriations Act of 2013”
The original bill, written by Hal Rogers of Kentucky, gave the Northeast $17 billion, which was $33 billion short of what was requested.

An amendment by Rodney Frelinghuysen of New Jersey gave the Northeast states the rest of the money.

$6 million from Rogers (Kentucky) bill + $218 million from Frelinghuysen (New Jersey) amendment to be spent on:

DEPARTMENT OF THE INTERIOR

$100 million (Rogers of Kentucky bill) + $800 million (Frelinghuysen of New Jersey amendment) for the Head Start program and the costs of repairing and rebuilding health care facilities, child care centers, or other social services facilities. The money is only available to victims of Hurricane Sandy.

$24.2 million, available until September 30, 2017, for construction by the Army National Guard.

“…such funds may be obligated to carry out military construction projects not otherwise authorized by law.”

$207 million, available until September 30, 2017 for renovations and repairs as a consequence of Hurricane Sandy.

“…such funds may be obligated and expended to carry out planning and design and major medical facility construction not otherwise authorized by law.”

(Added by the Frelinghuysen of New Jersey amendment)

Money that must be spent on “operations and maintenance” expenses caused by Hurricane Sandy by September 30, 2013:

Department of Defense will be getting $348 million from the Sandy relief bill. 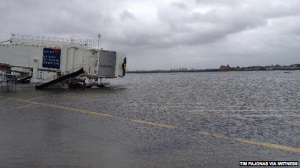 $30 million for expenses due to Hurricane Sandy

$2.022 billion for an emergency fund for the repair of highways, roads, and trails, in any part of the United States, including Indian reservations, that have suffered serious damage as a result of a natural disaster. 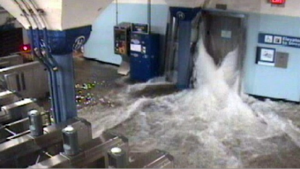 $10.9 billion for repairs to the public transportation system most affected by Hurricane Sandy.

DEPARTMENT OF HOUSING AND URBAN DEVELOPMENT

$16 billion for disaster relief, long-term recovery, and repairs to infrastructure and housing damaged due to Hurricane Sandy and other disasters in 2011, 2012, and 2013.

Prevents the Federal government from buying any land with Sandy relief money. 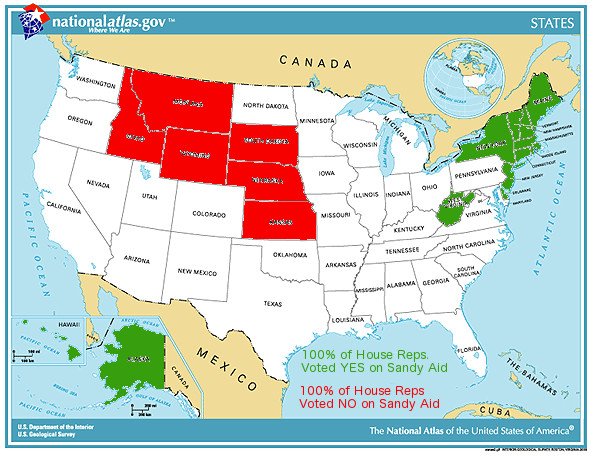