CD006: A Shortened Week in Congress

CD006: A Shortened Week in Congress

Rep. Jo Ann Emerson quits Congress to become a lobbying titan, the Coast Guard is funded, Louie Gohmert votes for ‘lunatic’, GOP confuses net neutrality, and a crisis is engineered during a short week in Congress. 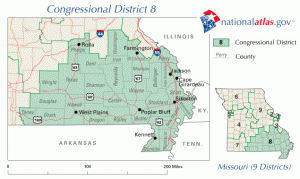 – Leaving Congress in February to become President and CEO of the National Rural Electric Cooperative Association, a trade association/lobbying group.
– It has about 900 member utilities that serve 42 million people in 47 states and own almost half of the US power grid.
– Replacing Glenn English (also a former Congressman) who made $9,294,207 in his 6 years = $1.5 million a year.
– A key accomplishment: weakening climate bills on behalf of coal-dependent electric cooperatives.
– We have to pay for a special election to replace her in Congress.

– Good news: we got rid of a gay hater in Congress.

– Already passed the Senate.
– Gives Coast Guard about $10 billion total.
– Orders a risk assessment (due 6 months after bill becomes law) for transporting Canadian tar sands by sea which will detail:

– The bill also includes this:

SEC. 701. LIMITATION ON AVAILABILITY OF FUNDS FOR PROCUREMENT OF ALTERNATIVE FUEL.

– Creates a website detailing the crime rates of cruise lines.

– Lifetime protection is only for Presidents who served before 1997.
– Would otherwise only be protected for 10 years.

– Rep. Louie Gohmert (TX) was the only person to vote against it.

GOP Leadership Changes Schedule, Setting Up “Fiscal Cliff” Crisis Mode
– ““Only a crisis- actual or perceived- produces real change.” – Milton Friedman
– House only worked 3 days this week.
– House has cancelled work next Friday. They will only work Tuesday-Thursday at 3:00pm.
– Eric Cantor warned members to plan to work the week of December 17th, even though they were supposed to be done by the 14th.