CD001: A Resignation, a Land Grab, & a State of Emergency

CD001: A Resignation, a Land Grab, & a State of Emergency

Congress returns from vacation, Dennis Cardoza (CA-18) resigns, President Obama continues the 9/11 State of Emergency, FISA is reauthorized, veterans benefits are held hostage, mining companies get a gift from Congress, solar power is attacked, and more from this week in Congress… 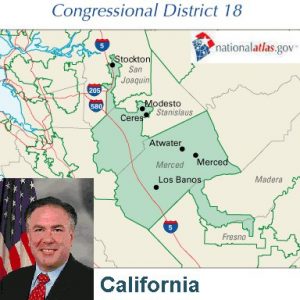 Why he said he was resigning:

The real reason he resigned:

“Manatt, Phelps & Phillips, LLP, today announced that U.S. Congressman Dennis Cardoza (D-CA) has joined the firm as a Managing Director in the firm’s rapidly growing federal government affairs and public policy practice. Cardoza, a former co-chair of the moderate Blue-Dog Coalition, key member of the House Agriculture and Foreign Affairs Committees, and former California State Assemblyman, will utilize his extensive federal and state government experience to advise and strategize with clients on agriculture, energy, foreign affairs and other legislative and regulatory matters. Cardoza will be based in Washington, D.C. but will advise clients facing issues in California and Washington.” (8/14/2012)

Manatt, Phelps, & Phillips, LLP is a lobbying firm. No special election will be held because resignation is so close to election 2012.

Letter to both houses of Congress from President Obama:

“Section 202(d) of the National Emergencies Act (50 U.S.C. 1622(d)) provides for the automatic termination of a national emergency unless, within the 90- day period prior to the anniversary date of its declaration, the President publishes in the Federal Register and transmits to the Congress a notice stating that the emergency is to continue in effect beyond the anniversary date…”

“The emergency declared with respect to the terrorist attacks on the United States of September 11, 2001, is to continue in effect for an additional year”

“The crisis constituted by the grave acts of terrorism and threats of terrorism committed by foreign terrorists, including the terrorist attacks on September 11, 2001, in New York and Pennsylvania and against the Pentagon, and the continuing and immediate threat of further attacks on United States nationals or the United States that led to the declaration of a national emergency on September 23, 2001, has not been resolved”

What is being done with warrentless wiretapping authority?

“The Program” by The New York Times. Watch this.

The FISA reauthorization was signed into law.

Passed the House. Blocked in Senate. Who killed it? Senate Republicans.

Why did they kill it? My guess is because the clause requiring online information given to veterans about schools. They would have been given:

1) The school’s accreditation status.
2) If the school is public, non-profit, or for-profit.
3) Name of accrediting agency and their contact info for student complaints.
4) How much student loan debt is held by their students.
5) Enrollment rates, graduation rates, and retention rates of the school.
6) If they accept credits transferred from for-profit institutions.

Also, schools wouldn’t have been eligible for financial aid money if it awards commissions for enrolling people with financial aid.

Why do I think this was the killer?

February 2012: HR 2117 was a Republican bill that passed the House of Representatives. It removed regulations that prevent the over-charging of students with financial aid by for-profit schools.

Minnesota’s Congress and Governor signed a bill swapping state land in the Federal Wilderness area for Federal land. No Congressional action is needed.

The sponsors openly admitted that this bill was written for the mining and timber industries.

The bill moved into the Senate, where it will probably not come up for a vote.

Eliminated the possibility of loans for the solar industry. Grandfathered in loan guarantees for the nuclear industry. The bill moved into the Senate, where it will probably not come up for a vote.

– Limits government conferences to $500,000.
– No limits to the amount private businesses/people can chip in.

Passed the House, moves into Senate.

14 airports outside of USA do security like we do and people flying from there do not need to be rescreened. Their bags still do.

This bill allows the bags to also be considered screened in the United States.

Passed the House, moves into Senate.

S 710: Hazardous Waste Files
*Signed into law (October 2012)*
– Creates a digital hazardous waste manifest that anyone can use.
– In 2006, a fire erupted at a hazardous waste disposal facility in North Carolina. When first responders arrived on the scene, they could not access information about the hazardous chemicals inside of the facility because the paper mani-fests were inside the building that was burning.
– Made it discretionary spending, going back to the Senate.