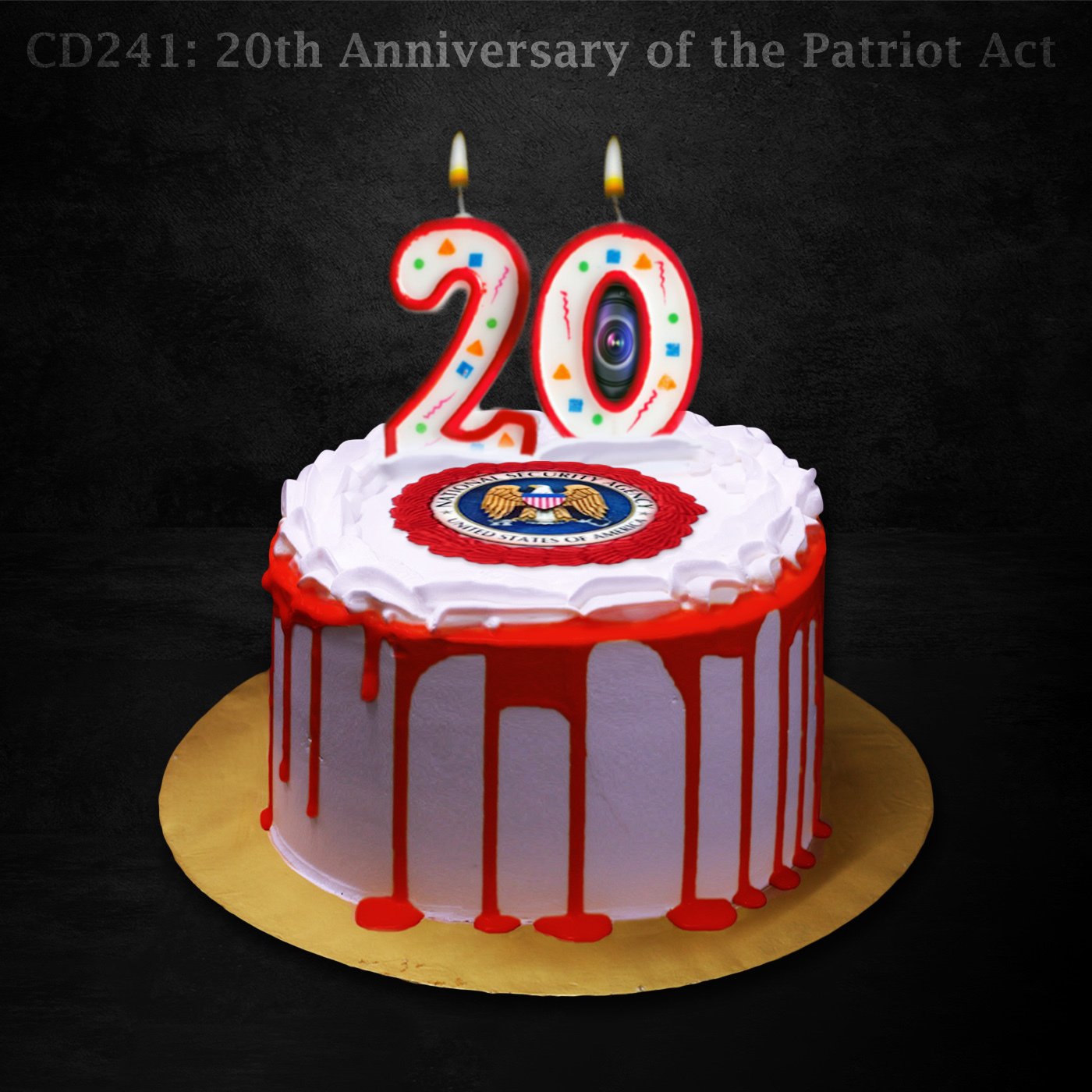 The Patriot Act: A law that is still governing us after 20 years despite being almost universally hated. In this episode, we take a close look at the lesser known parts of the Patriot Act that became permanent immediately, examine the status of the few provisions that had to be reauthorized over the years, find out how the law was crafted in the first place, and see what happened to the members of Congress who voted for this rights-destroying legislation.

Jessica Corbett. July 22, 2020. “ACLU Says Release of Adham Hassoun Confirms US Government Lacks Power to ‘Lock Someone Up Without Due Process.'” Common Dreams.

Nino Guruli. February 24, 2020. “The Unreasonableness of the Citizenship Distinction: Section 412 of the USA PATRIOT Act and Lessons from Abroad.” The University of Chicago Law Review Online.

Charlie Savage. December 11, 2019. “We Just Got a Rare Look at National Security Surveillance. It Was Ugly.” The New York Times.

Commission on Security and Cooperation in Europe

Sec. 205: Employment of Translators by the Federal Bureau of Investigation

Sec. 207: Duration of FISA Surveillance of Non-United States Persons Who Are Agents of a Foreign Power

Sec. 210: Scope of Subpoenas For Records of Electronic Communications

Sec. 213: Authority for Delaying Notice of the Execution of a Warrant

Sec. 214: Pen Register and Trap and Trace Authority Under FISA

Sec. 215: Access to Records and Other items under the Foreign Intelligence Surveillance Act

Sec. 216: Modification of Authorities Relating to Use of Pen Registers and Trap and Trace Devices

Sec. 355: Authorization to Include Suspicions of Illegal Activity in Written Employment References

Sec. 363: Increase in Civil and Criminal Penalties for Money Laundering

Sec. 365: Reports Relating to Coins and Currency Received in Non-Financial Trade or Business

Sec. 371: Bulk Cash Smuggling Into or Out of the United States

Sec. 376: Laundering the Proceeds of Terrorism

Subtitle A – Protecting the Northern Border

Sec. 403: Access by the Department of State and the INS to Certain Identifying Information in the Criminal History Records of Visa Applicants and Applicants For Admission to the United States

Subtitle C – Preservation of Immigration Benefits for Victims of Terrorism

Sections 421-428: Provide leniency to immigrants who were either direct victims of 9/11 or whose US citizen spouse or parent died on 9/11.

TITLE VI: PROVIDING FOR VICTIMS OF TERRORISM, PUBLIC SAFETY OFFICERS, AND THEIR FAMILIES

Subtitle A – Aid to Families of Public Safety Officers

Subtitle B – Amendments to the Victims of Crime Act of 1984

Sec. 801: Terrorist Attacks and Other Acts of Violence Against Mass Transportation Systems

Sec. 809: No Statute of Limitation for Certain Terrorism Offenses

Sec. 814: Deterrence and Prevention of Cyberterrorism

Sec. 905: Disclosure to Director of Central Intelligence of Foreign Intelligence-Related Information With Respect to Criminal Investigations

Sec. 1007: Authorization of Funds for DEA Police Training in South and Central Asia

Sec. 1010: Temporary Authority to Contract with Local and State Governments for Performance of Security Functions at United States Military Installations